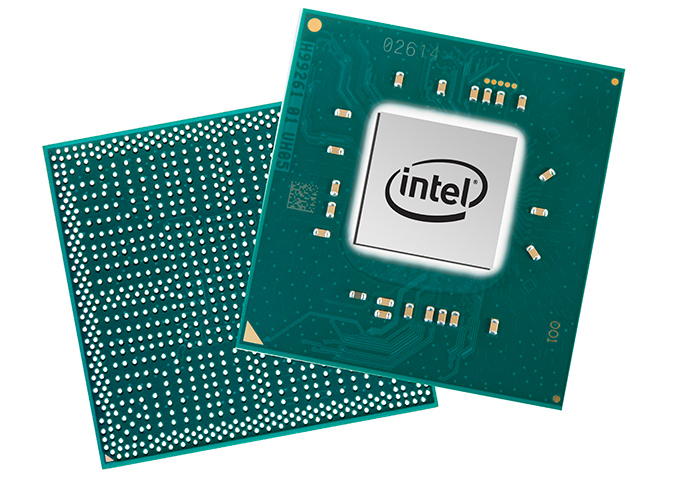 Intel has quietly added two new inexpensive processors into its Comet Lake-U lineup. The Pentium Gold 6405U and Celeron 5205U CPUs will be used for entry-level thin-and-light laptops that need one of the latest-generation processors, but are not designed for performance-demanding workloads.

Intel’s Pentium Gold 6405U and Celeron 5205U are dual-core processors that run at 2.4 GHz and 1.9 GHz, respectively. Both CPUs have TDPs of 15 Watts – the same as the rest of the Comet Lake-U family – and include 2 MB of L3 cache, Intel UHD Graphics, a dual-channel DDR4/LPDDR3 memory controller, and feature 12 PCIe 2.0 lanes for expansion. Both SKUs are considerably cheaper than the rest models in the Comet Lake series (which start at $281): the Pentium Gold 6405U processor carries a $161 recommended customer price, whereas the Celeron 5205U costs $107 when purchased in 1000-units quantities.

Up until now, Intel’s Comet Lake-U family included only four CPUs, three of which were aimed at premium laptops. The addition of considerably cheaper processors allows Intel to address more market segments with its Comet Lake products by equipping its partners to build cheaper systems using the latest motherboard designs.

Otherwise, as is almost always the case for low-end Core SKUs, these are presumably salvage chips from Intel's operations. The new Pentium and Celeron chips are clocked lower than the Core i3-10110U, allowing Intel to put to work silicon that otherwise wouldn't have been usable as a Core i3. Which for Intel is particularly important at a time where demand for inexpensive U-series mobile CPUs is running high, helping the company please its partners who have suffered from tight supply of Intel’s 14 nm processors in the recent quarters.