Intel's Thunderbolt 2: Everything You Need to Know 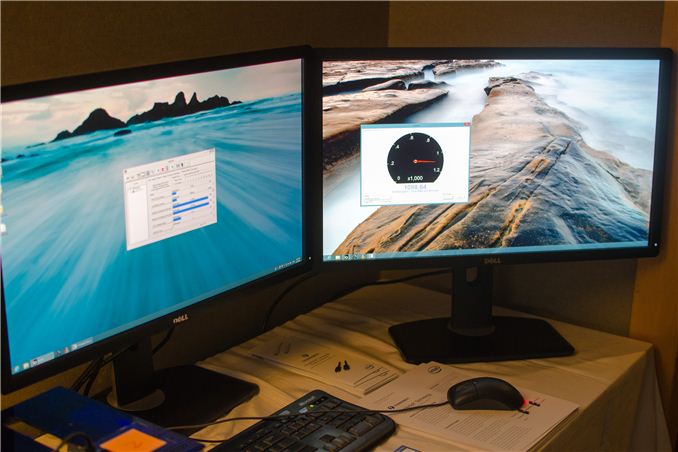 At Computex, Intel officially branded its next-generation Thunderbolt as Thunderbolt 2. As a recap, current Ivy Bridge platforms use Cactus Ridge Thunderbolt controllers while newly launched Haswell platforms use Redwood Ridge. Redwood Ridge maintains feature compatibility, but you get official support for DisplayPort 1.2 (and 4K resolution) if you're using a DisplayPort monitor. This extension of DP 1.2 support does not apply to Thunderbolt displays or DP 1.2 displays connected to a Thunderbolt chain however. The explanation is simple. Redwood Ridge won't be sold for use in devices, only host computers, which is why you can't plug a 4K DP 1.2 display into a Thunderbolt chain and have it work (since none of the members of the chain will support 4K passthrough).

Falcon Ridge however is designed to address this problem later this year. Falcon Ridge will officially be the first controller to implement Thunderbolt 2. Despite the increment in nomenclature, the differences are actually pretty simple.

Today, Thunderbolt exists as four 10Gbps channels - two upstream and two downstream. Each channel however is fully independent. Although PCIe and DisplayPort are muxed from the cable perspective, you can only send one or the other over each channel. That limits max performance for a single storage device to 10Gbps (minus overhead), and it similarly limits the max display bandwidth to 10Gbps as well. The latter is insufficient for 4K video (~15Gbps depending on refresh rate). If you bypass Thunderbolt and just send DP 1.2 over the cable it's not a problem, but if you want to enable mixed use cases where you're driving both 4K video and high-speed storage over the same cable you're going to need another solution. 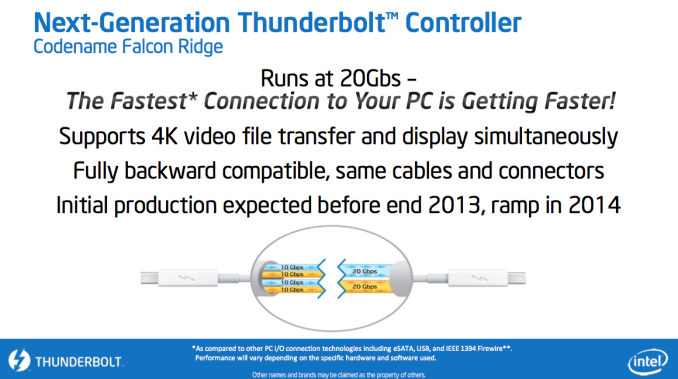 Thunderbolt 2 provides that solution. By combining the channels together, Thunderbolt 2 enables two 20Gbps bi-direction channels instead of two sets of 10Gbps channels. There's no overall increase in bandwidth, but the solution is now more capable. Since there's 20Gbps of bandwidth per channel, you can now do 4K video over Thunderbolt. You can also expect to see higher max transfer rates for storage. Whereas most Thunderbolt storage devices top out at 800 - 900MB/s, Thunderbolt 2 should raise that to around 1500MB/s (overhead and PCIe limits will stop you from getting anywhere near the max spec).

Intel put together a quick demo of Thunderbolt 2 silicon in one of its suites at Computex. The setup involved two Intel SSD 910s running over Thunderbolt 2 alongside two 2560 x 1440 panels. Peak performance to the SSD array was just under 1100MB/s, which Intel expects will be much higher once final hardware is ready. 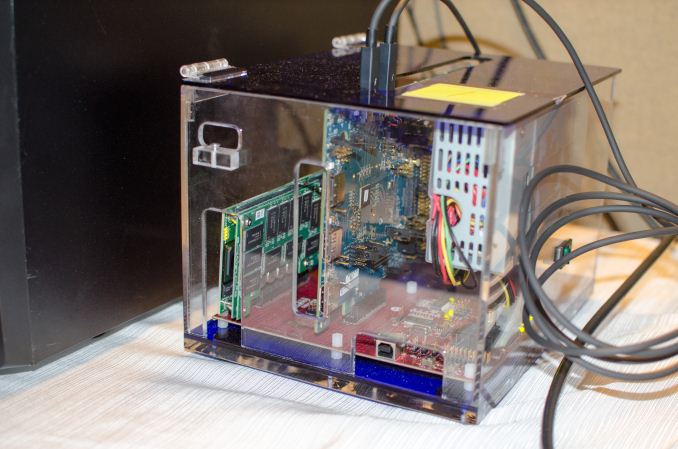 The box above basically houses Falcon Ridge silicon (card on the right), connected to a board that distributes PCIe from that controller.

I had higher hopes for what Thunderbolt 2 would be (moving to PCIe Gen 3 for example), but it looks like the spec is primarily designed around enabling 4K as well as incrementally increasing storage performance.    I'm still holding out for the dramatic changes to usage models though, e.g. enabling external dGPUs over Thunderbolt, but it looks like I'll have to hold out for longer.