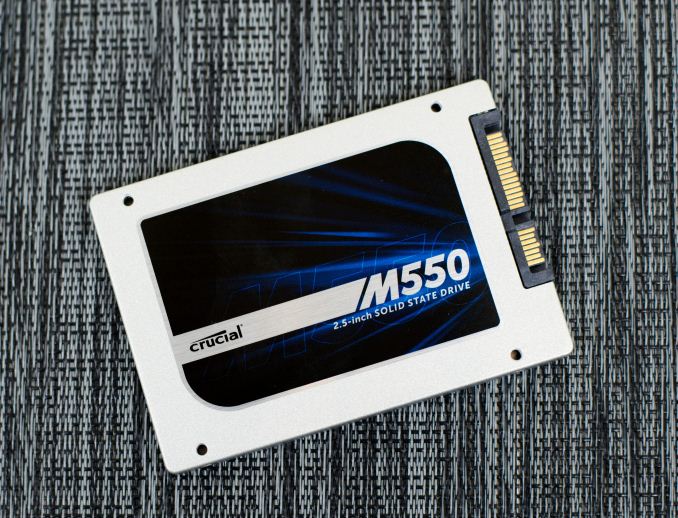 This is shaping up to be the busiest month in the SSD frontier for ages. Intel released its new flagship SSD 730 series just a couple of weeks ago and there are at least two more releases coming in the next few weeks...but today it's Crucial's turn to up the ante.

Unlike many OEMs, Crucial has more or less had only one active series in its SSD portfolio at a time. A few years ago this approach made sense because the SSD market as a whole mainly focused on enthusiasts and there was no real benefit to a tiered lineup. As the market has matured and prices have dropped over time, we are now in a situation similar to other components: there is the high volume mainstream market where price is the key and the higher margin enthusiast/professional market where performance and features matter. Covering both of these markets with a single product is hard because in order to compete in price, it's usually necessary to use lower quality parts, which in turn affects performance and features.

With the M500 Crucial was mainly targeting the mainstream market. The performance was mostly better than in the m4 days but only mediocre compared to other SSDs in the market. The introduction of the likes of the SanDisk Extreme II, Seagate SSD 600, and OCZ Vector 150 has upped the ante even more in the enthusiast segment and it has become clear that the M500 has no place there. To stay competitive in all product areas, Crucial is now launching the big brother to their M500: the M550.

EDIT: Just to clarify, the M500 will continue to be available and the M550 is merely a higher performing option at slightly higher price. 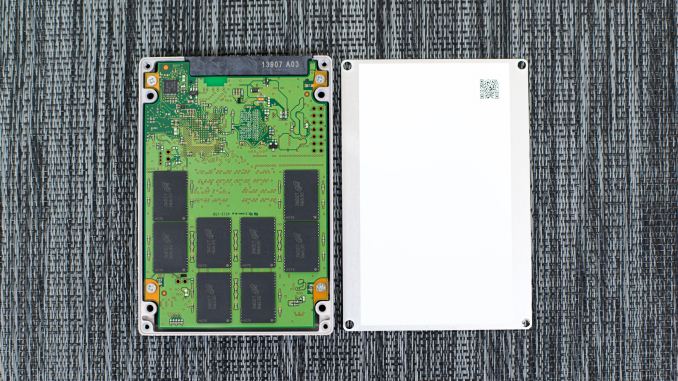 With 64Gbit NAND, 240/256GB was usually the sweet spot in terms of price and performance. That combination offered enough NAND die to saturate the SATA 6Gbps as well as the controller's/firmware's potential, but with the M500 this was no longer the case thanks to the usage of 128Gbit NAND. With a die that was twice the capacity, you only needed half the dies to build a 240/256GB SSD. As NAND parallelism is a major source of SSD performance, this meant a decrease in performance at 240/256GB and you would now have to go to 480/512GB to get the same level of performance that 240/256GB offered with 64Gbit NAND.

The use of 128Gbit NAND was one of the main reasons for the M500's poor performance, and with others staying with 64Gbit NAND, that backfired on Crucial in terms of performance (more on this later). Since it's not possible to magically decrease program times or add parallelism, Crucial decided to bring back the 64Gbit NAND in the lower capacity M550s. Here's how the new and old models compare:

The 128GB and 256GB models are now equipped with 64Gbit per die NAND while 512GB and 1TB models use the same 128Gbit NAND as in the M500. What this means is that the 128GB and 256GB models are much more competitive in performance because the die count is twice that of the same capacity M500 drives. You get roughly the same performance with both 256GB and 512GB models (unlike the nearly 50% drop in write performance like in the M500) and the 128GB actually beats the 240GB M500 in all metrics. There is obviously some firmware tweaking involved as well and the bigger capacities get a performance bump too, although it's much more moderate compared to the smaller capacities. 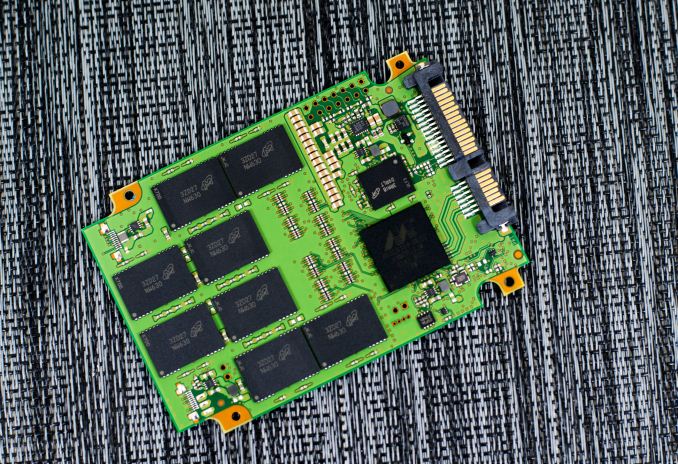 Another difference is the controller. Compared to the NAND, this isn't as substantial a change because the Marvell 9189 is more of an updated version of the 9187 and the only major upgrades are support for LPDDR and better optimization for DevSleep, both of which help with power consumption and can hence extend the battery life.

Similar to the earlier drives, Crucial continues to be Micron's household brand whereas OEM drives will be sold under Micron's name. It's just a matter of branding and there are no differences between the retail and OEM drives other than an additional 64GB model for OEMs.

Crucial switches back to binary capacities in the M550 and with the 1TB model you actually get the full 1024GB of space (though Crucial lists it as 1TB for marketing reasons, and there's still 1024GiB of actual NAND). The reason behind this isn't a reduction in over-provisioning but merely a more optimized use of RAIN (Redundant Array of Independent NAND).

RAIN is similar to SandForce's RAISE and the idea is that you take some NAND space and dedicate that to parity. Almost every manufacturer is doing this at some level nowadays since the NAND error and failure rates are constantly increasing as we move to smaller lithographies. When the M500 came out the 128Gbit NAND was very new and Crucial/Micron wanted to play it safe and dedicated quite a bit of NAND for RAIN to make sure the brand new NAND wouldn't cause any reliability issues down the road. In a year a lot happens in terms of maturity of a process and Crucial/Micron are now confident that they can offer the same level of endurance and reliability with less parity. The parity ratio is 127:1, meaning that for every 127 bits there is one parity bit. This roughly translates to 1GiB of NAND reserved for parity in the 128GB M550 and 2GiB, 4GiB and 8GiB for the higher capacities.

Feature wise the M550 adopts everything from the M500. There is TCG Opal 2.0 and IEEE-1667 support, which are the requirements for Microsoft's eDrive encryption. Along with that is full power loss protection thanks to capacitors that provide the necessary power to complete in-progress NAND writes in case of power loss.

Update: Micron just told us that in addition to the capacitors there is some NAND-level technology that makes the M550 even more robust against power losses. We don't have the details yet but you'll be the first to know once we got them.