The display is one of the most important aspects of a device, as it's the portal for interaction between the user and the software. Unfortunately, with inexpensive devices like the Stream 7, the display is often the first thing to be put on the chopping block. It's simply very difficult to put a high quality panel in a low cost device and make money selling it. That being said, HP has actually attempted to put a decent panel in the Stream 7 considering its price target.

Like I stated before, many other tablets at this size and price point either opt for a TN panel, or they reduce the resolution to 1024x600 or even go lower to 800x480, which is borderline unusable. HP has put a 1280x800 IPS panel in the Stream 7, which is fairly good considering that two years ago most Android tablets of any size shipped with that same resolution. The glass is highly reflective, and this is coupled with the fact that the display isn't laminated. There's also some light bleed at the bottom, but at $119 I can excuse this.

Of course, specs that you read on paper like size and resolution only tell part of the story. Color accuracy, brightness, and contrast all have an impact on overall display quality, and to measure these we use SpectraCal's CalMAN 5 software along with X-Rite's i1Pro 2 spectrophotometer and i1Display Pro colorimeter. 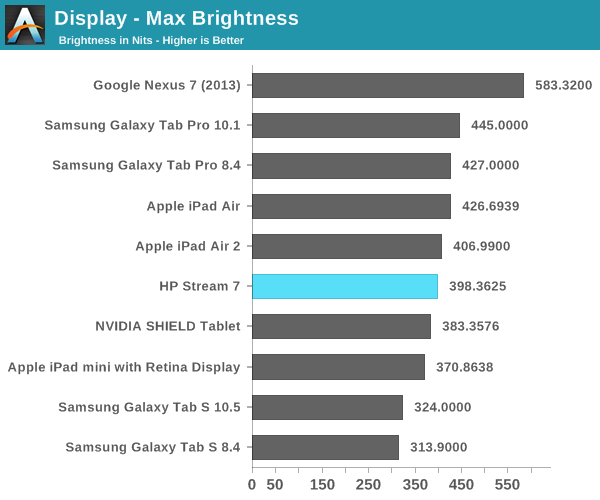 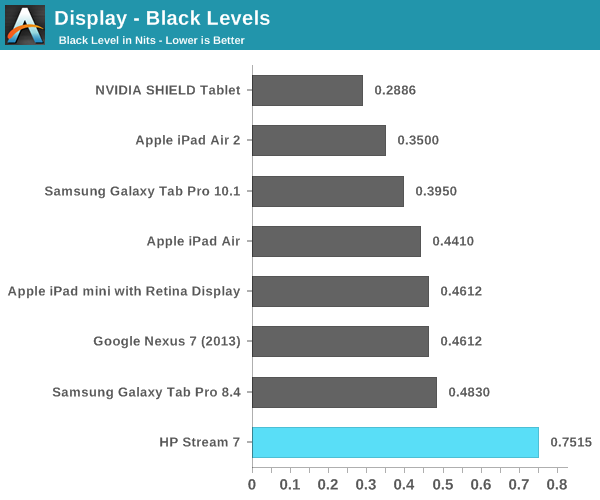 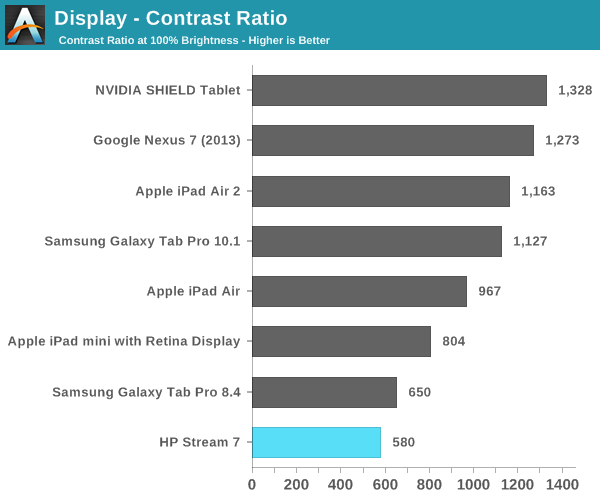 As you can see, the brightness of the Stream 7 is competitive with other tablets. Unfortunately, the black levels are just too high, which in turn leads to a very low contrast ratio. It should be noted that these measurements were achieved by disabling Intel's Display Power Saving Technology (DPST) feature, which causes dynamic brightness and contrast depending on the image displayed on the screen. While some other devices do this to some degree, DPST ended up reducing max brightness measurements by nearly 100nits, and the constantly changing brightness played havoc with measurements during analysis and calibration. 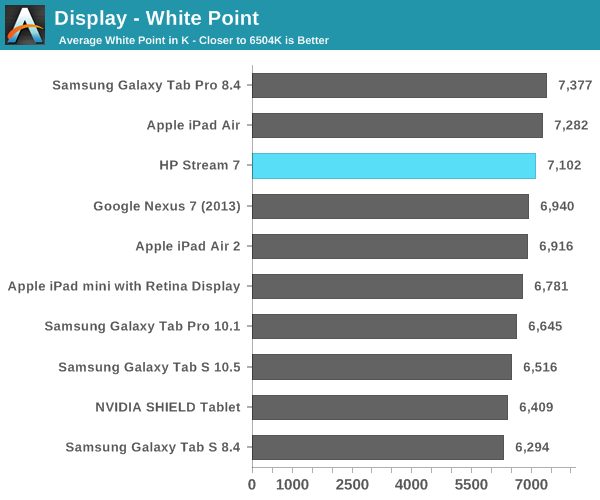 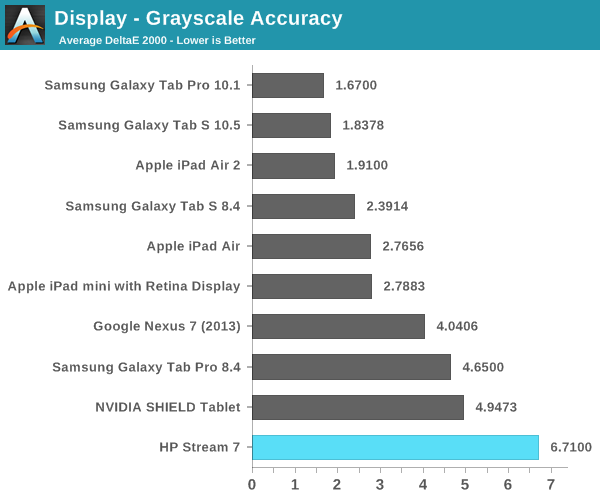 In the grayscale we see a shift toward blue, with the red steadily dropping off as brightness increases. This leads to the grayscale performance being some of the worst we have tested, but at $119 there's really no room for HP to do any calibration to the display panels at the factory. 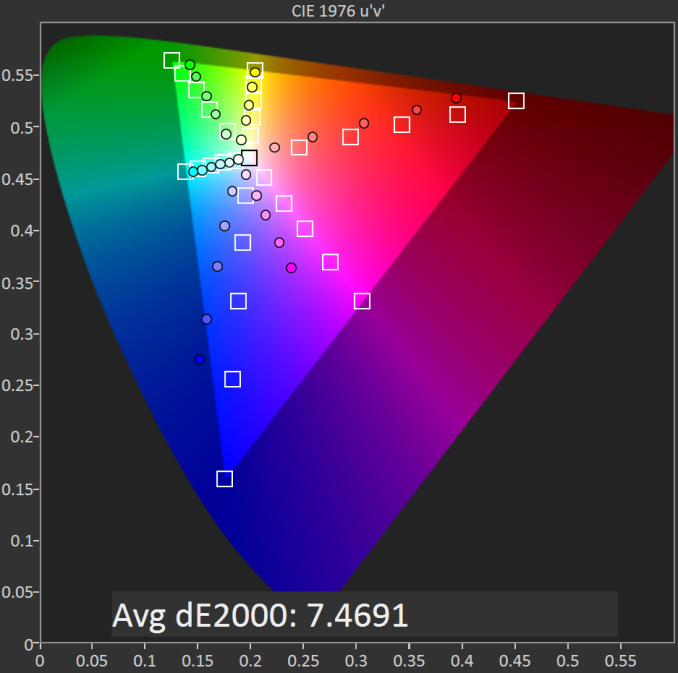 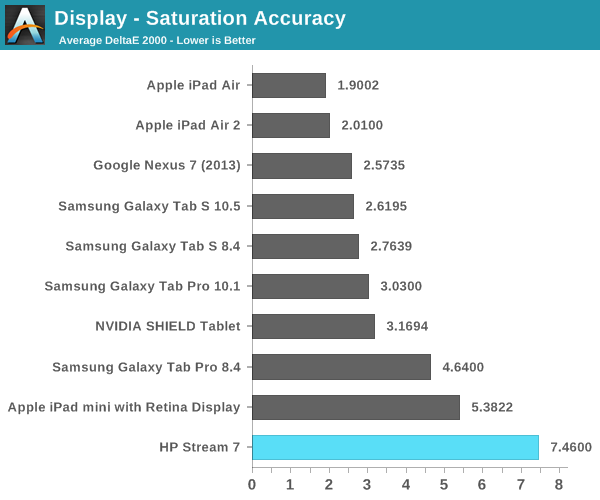 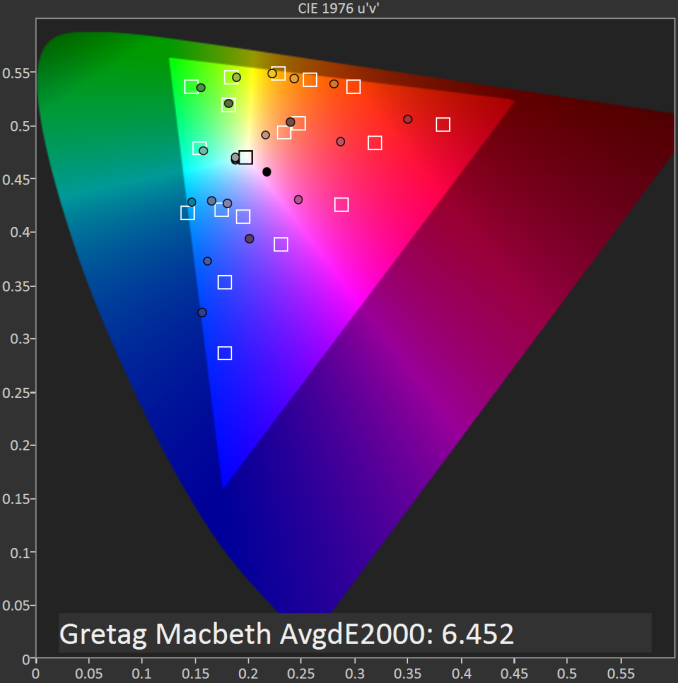 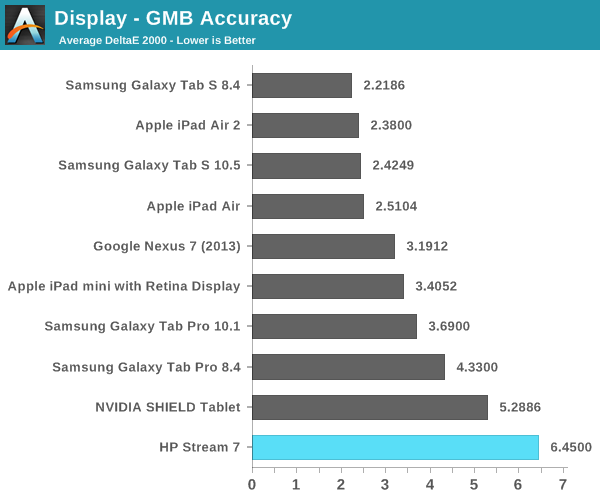 Again, this is to be expected with a device of this price point. It does however provide a good example of how the idea that IPS technology correlates with color accuracy is a misconception. With the prices of IPS displays being driven into TN territory by affordable eIPS panels, having an IPS display really just guarantees better viewing angles than a TN panel, nothing more.

One last thing to note about the display which does not show up in any measurements is that it is a 6bit + AFRC eIPS panel. This is not uncommon even in desktop monitors that cost as much as $400, but it does mean that there is noticeable posterization compared to a display with actual 8-bit color depth for red, green, and blue. This is not helped by the fact that Internet Explorer is not smart about displaying images; it doesn't seem to apply the same dithering that Chrome and Firefox do to mask color banding.

Fortunately, the HP Stream 7 runs Windows. Unlike Android and iOS, Windows has color management capabilities. This allows us to calibrate the Stream 7 in an attempt to fix some of the issues with the display. We are working with a narrow gamut panel here so we aren't going to see much improvement to the saturation test, but we can certainly improve grayscale and color accuracy within the display's gamut. 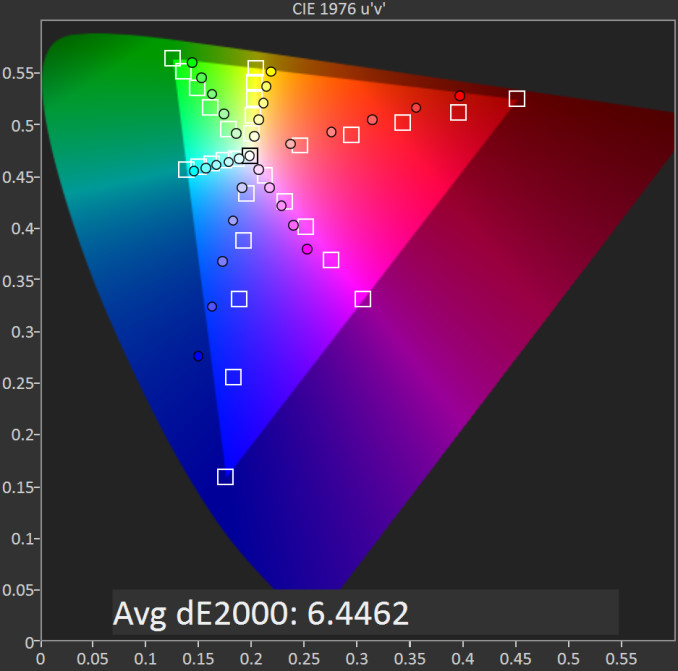 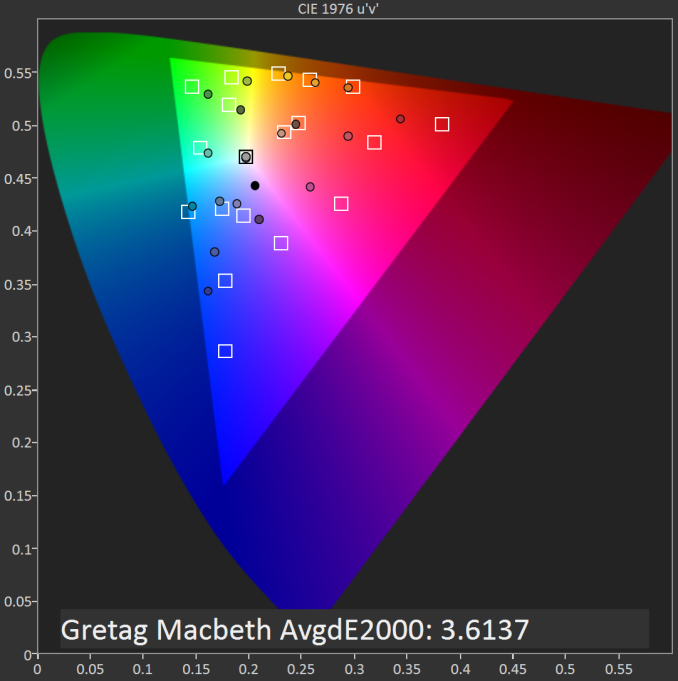 After creating and applying an ICC profile created by CalMAN, we see a dramatic improvement in grayscale performance on the Stream 7. Gone is the shift toward blue, with a white point of 6595K that is very close to standard. Shades of grey are now accurate enough that you would be unable to see a difference from a reference monitor. These improvements unfortunately are accompanied by a significant drop in luminance, with a max display brightness of 308.5 nits after calibration.

Overall, I'm surprised that the Stream 7 was able to be improved this much. It's certainly not perfect after calibration but it's much better. Unfortunately, I don't think many buyers of the Stream 7 are going to have the necessary equipment to calibrate the display properly, so it's more of an academic exercise.