MSI's Z370-A Pro hails from their Pro lineup of motherboards intended for business (as opposed to a gaming focused product). The Pro series is a way to offer users an enthusiast class motherboard but without all the bells and whistles found in the other segments. Right off the bat, users should easily see how MSI makes up the basics on a $110 motherboard: a single M.2 slot, and a power delivery system that should be suitable for all CPUs. But on the flip side, it is missing some modern connectivity in USB 3.1 ports. Styling also takes a back seat in the Pro lineup with a more basic black/brown PCB color to start instead of the typical black many are more familiar with.

While this may sound negative, the fact is the board isn't intended for users who want the bling. It is intended for professional use and will typically be housed in a case without a window or simply hidden away regardless. The positives in this are the lower cost of the board (~$110) compared with the enthusiast segment priced much higher. 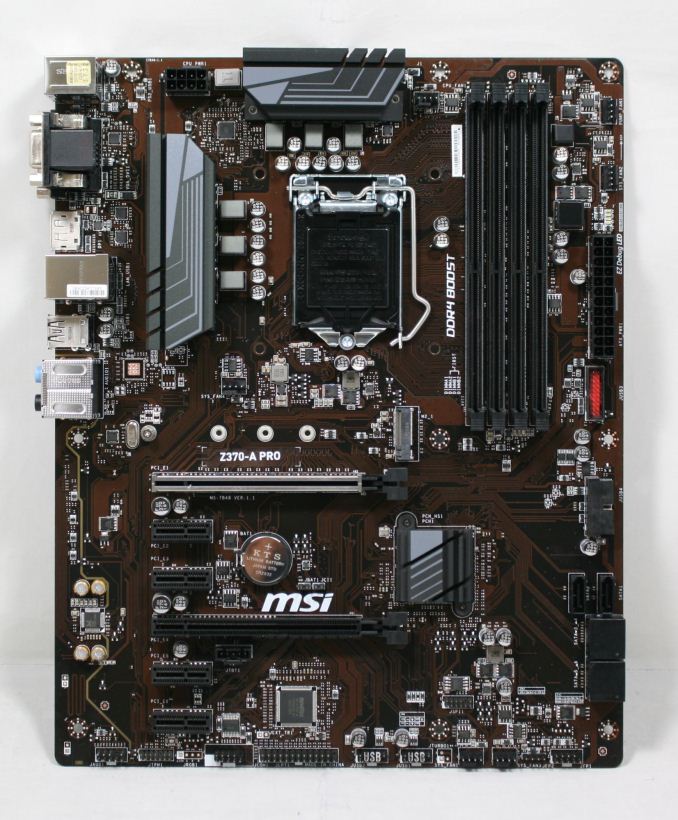 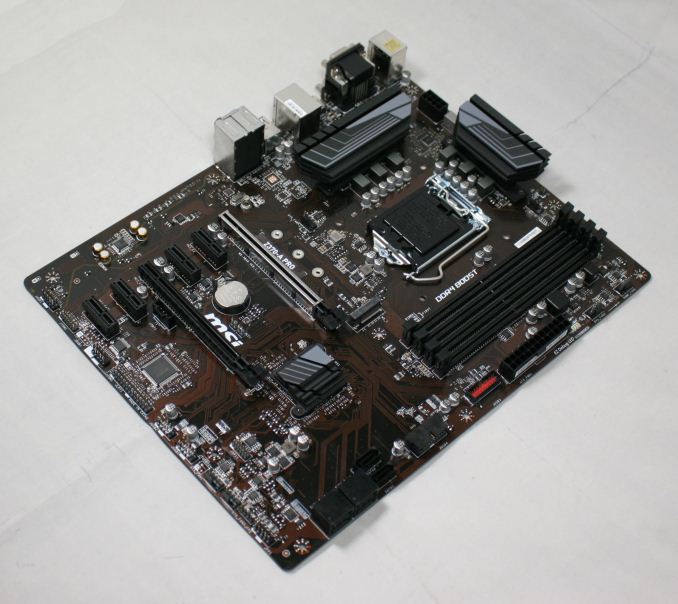 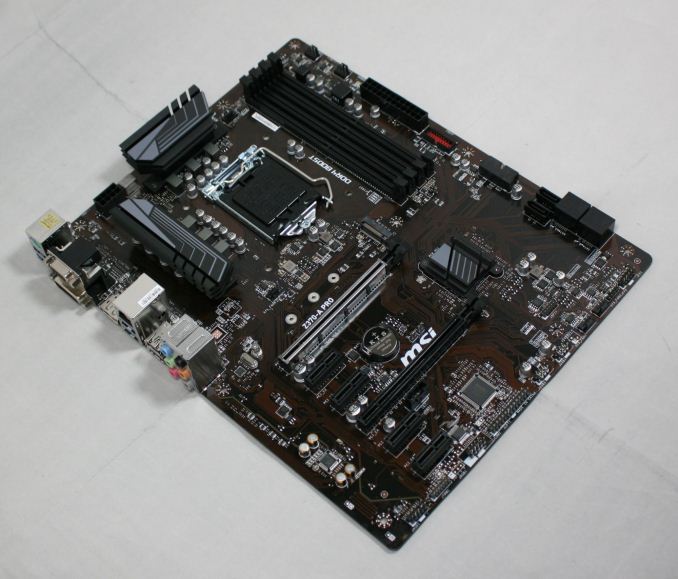 MSI still placed LEDs on the board, but as in the case of the Z270-A Pro, they are all white LEDs with several located by the audio section illuminating the separation line while there are others located on the corners of the board - all located on the back side of the board. The LED patterns are controlled through the MSI Mystic LIght application. Also worth noting here is MSI does not include a RGB header on the board for additional lighting.

Moving on to fan headers, there are a total of six found in various locations on the board. Towards the upper right-hand corner by the CPU socket and DRAM slots is a 4-pin CPU fan (all headers are four-pin), as well as the pump fan and a system fan header. The bottom part of the board has two more system fan headers with the last one located above the M.2 slot. All headers support both PWM and DC modes for control. the documentation does not state if any of the headers are high powered. 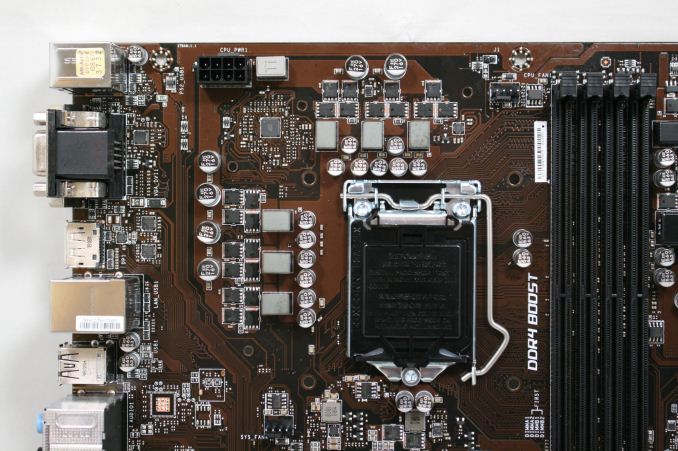 The power delivery system used on the Z370-A Pro has six total phases handled by the UPI Semiconductor uP9508 hybrid PWM. Judging by the appearance the six phases break down into a 4+2 combination (CPU and iGPU). While not the most robust solution we have seen, it handled the i7-8700K without issue, even while overclocked so it's going to be plenty for 'pro' users as well.

Sliding over to the right side of the board we are able to see the four DRAM slots on the right able to support up to 64GB of DDR4 RAM with speeds to DDR4-4000. Going left to right we see the six SATA ports and two USB 3.0 headers. Next to them is the 24-pin ATX connector along with the four debug LEDs that cover Boot, VGA, DRAM, and CPU issues upon boot. Finally to the right of them are a system fan and pump headers. 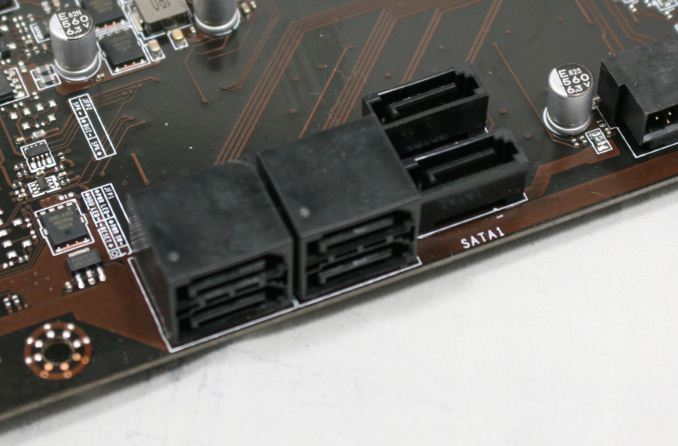 Zooming in a bit on the SATA ports we are able to see four of them placed horizontal (SATA 3-6) and two vertical (SATA 1-2). The board supports RAID 0, 1, 5, and 10 through these ports. Worth noting here is SATA 1 port will be disabled when an M.2 SATA SSD module is installed in the M.2 slot. 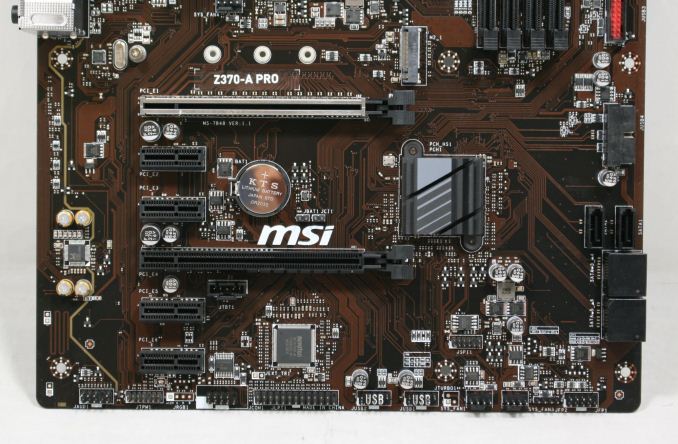 The bottom half of the board houses the audio, PCIe and chipset, as well as several IO headers across the bottom. Starting with audio, the Z370-A Pro uses a Realtek ALC892 codec which while not the latest and greatest, should still be able to provide 7.1 channel audio for the user. Surrounding the non-shielded chip are four Chemicon audio caps dedicated to the front output.

The PCIe setup contains a total of six ports, two full-length intended for video cards, and four x1 slots for other peripherals (or for mining as MSI states this board is also optimized for cryptocurrency mining). The primary GPU slot is reinforced to help protect cards against bending and EMI interference and runs at x16 while the second full-length slot is not and uses x4 lanes from the chipset. This configuration allows for Crossfire multi-GPU setups, but not SLI due to its x8 slot requirement.

* Not CPU connected but used in Crossfire
@ = Preferred slot(s)

Across the bottom of the board are several headers ranging from front panel audio on the left, two USB 2.0 ports in the middle, two system fan headers, as well as dual front panel headers.

The back panel IO has a relatively full set of ports consisting of four USB 3.0 ports, two USB 2.0 ports, VGA, DVI-D and Displayport outputs for video. The network is managed by a Realtek RTL8111H Gigabit LAN controller and also includes a 6-plug audio stack. About the only thing missing back here are USB 3.1 ports of any kind.

The accessory stack includes what is needed to get started from SATA cables to guides and disks. A complete list is below. 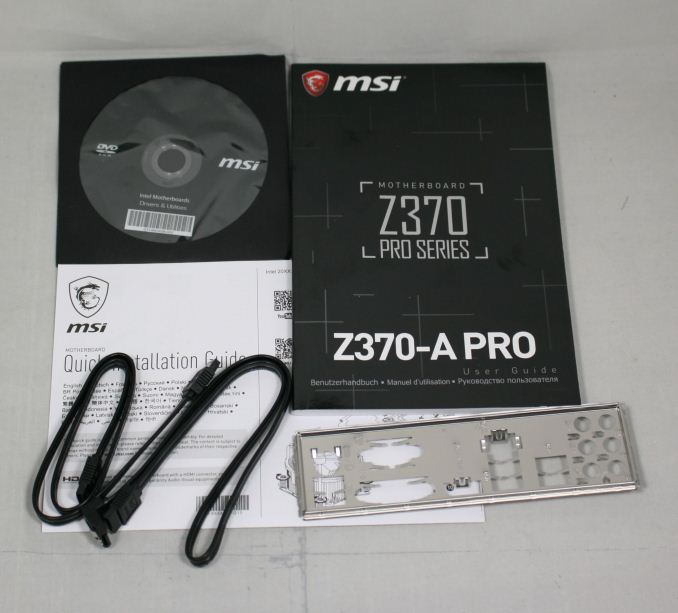