Where our new ANSI testing will really pay off is on the Display Uniformity testing. It gives us far more information for how uniform the brightness and contrast levels are for a screen, as nine points is a fairly coarse measure on a screen of this size. Looking at the Dell I can see some small hints of backlight bleeding at the corners with an all-black screen, and when you look at the black levels you can see that seems to be the case.

The minimum black level at our calibrated 200 nits setting is 0.198 in the center, once again very close to that 1000:1 contrast ratio we saw before. This drops down to 0.175 and 0.182 in two corners, and rises up to 0.233 and 0.247 in other corners, indicating a bit of backlighting uniformity issues. The central area of the display (the inner nine squares in the ANSI pattern) is +/- 11% relative to the center square, but the outer edge goes all the way to +/- 25% compared to the center. Those two corners really push the level up and lead to this unevenness. 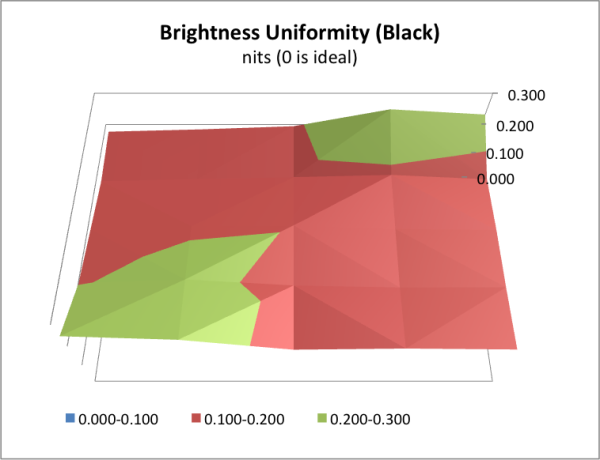 The white uniformity is better, though not ideal. With the center at 198 nits (we aim for 200 nits, but usually are just off), the middle nine squares are +/- 10% relative to it, which means a drop down to 178 nits just adjacent to the center. On the outer edge it falls to +/- 17% with the same corners causing the main issues here. With those same corners also being darker here, where they were lighter with the dark samples, I think this is more a uniformity issue than a corner bleed issue. The white uniformity here is fine but not stellar. 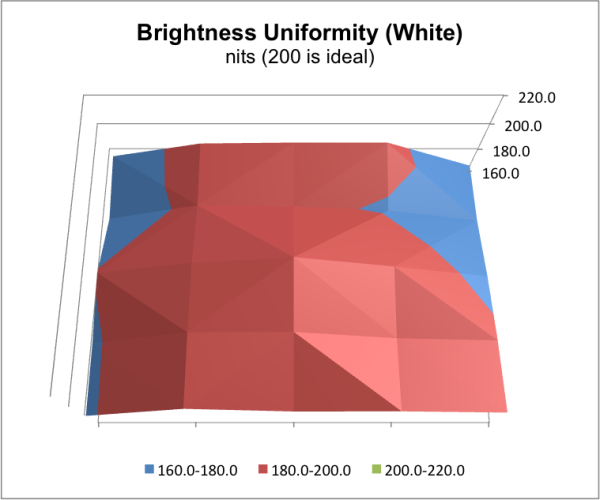 The contrast uniformity basically reflects what we discussed above. The center of the screen and most of the surrounding samples all have a contrast ratio of close to 1000:1, but three of the corners (all except the upper-left) have contrast ratios closer to 700 or 800:1 due to the lack of backlight uniformity. Now this is still better than some other 27” displays, but on full screen images such as gaming the difference could be noticeable. Overall the contrast ratios are still very good, with 16 of the 25 measured areas scoring at least 950:1 or greater. 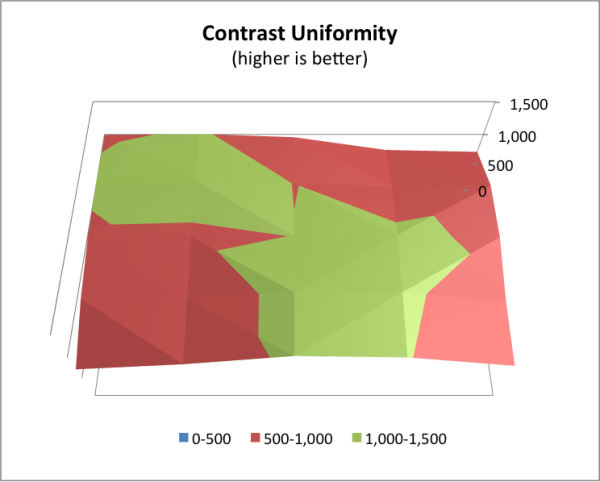 The dE uniformity of the panel is a completely different matter it seems. I only measured nine spots here, as measuring 25 on this is not as easy to pull off or quite as essential I feel, but the results are very different. On the black and white uniformity tests, the center top area of the monitor always performed well, with deviations of 2% for black and 7% for white. With the color dE it is the single worst performing area of the screen, coming in with an average dE of 2.21 compared to the center where it’s 1.62. The lower left corner, which is the worst in black and white uniformity, is the best area outside of the center in dE uniformity. 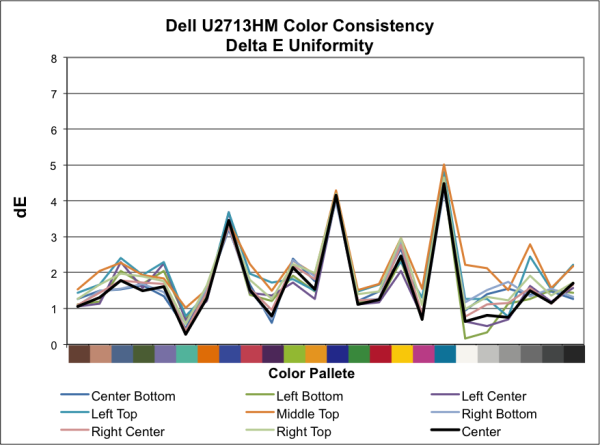 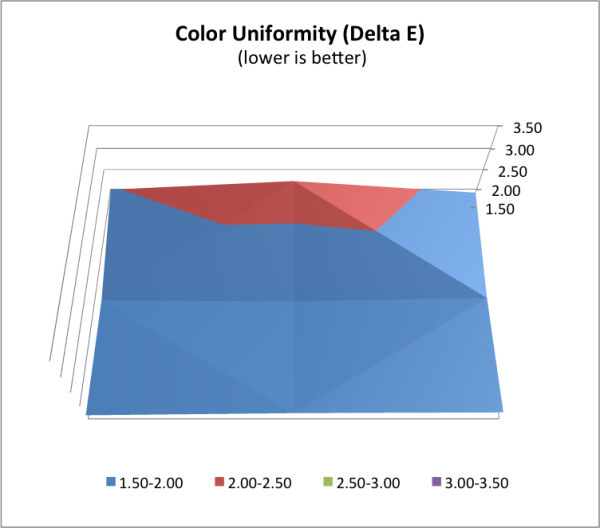 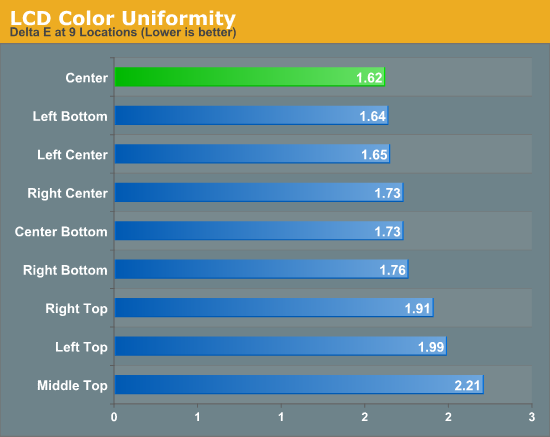 So here it seems that brightness uniformity and color uniformity don’t go hand-in-hand all the time. It could be because of the different grid sizes, but that wasn’t what I saw before. More likely I just have results that don’t quite line up, or the cause of one is independent of the cause of the other. Either way, the dE uniformity isn’t perfect, but other than that one spot it remains below 2.0 for the rest of the screen and is a very good performer.