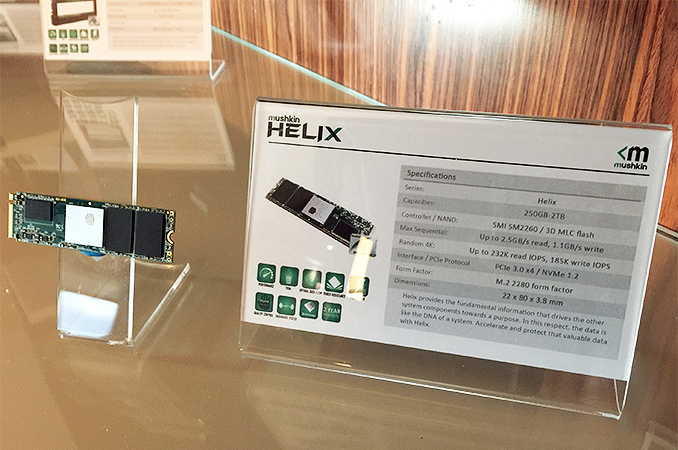 The Mushkin Helix family of SSDs will offer various models targeting different performance and price targets, including a 250 GB version for the entry-level segment as well as a 2 TB SKU for high-end PCs. The drives come in an M.2-2280 form-factor with a PCIe 3.0 x4 interface and are based on Silicon Motion’s SM2260 controller (which sports two ARM Cortex cores, has eight NAND flash channels, LDPC ECC technology, 256-bit AES support and so on) as well as 3D MLC NAND flash from an unknown manufacturer.

Mushkin rates Helix’s sequential read performance at up to 2.5 GB/s and its write performance at up to 1.1 GB/s when pseudo-SLC caching is used, which is exactly what the SM2260 controller is listed as offering. As for random performance, things start to get interesting. Mushkin indicates that the drives can deliver up to 232K/185K 4KB read/write IOPS, which is well beyond capabilities of the SM2260 declared by Silicon Motion (120K/140K). Apparently, Silicon Motion and Mushkin have implemented firmware optimizations that improve random speeds significantly. Keep in mind though that SSD makers tend to disclose maximum performance of the higher-end SKUs, so the entry-level 250 GB model is expected be slower than the 2 TB top-of-the-range SKU. 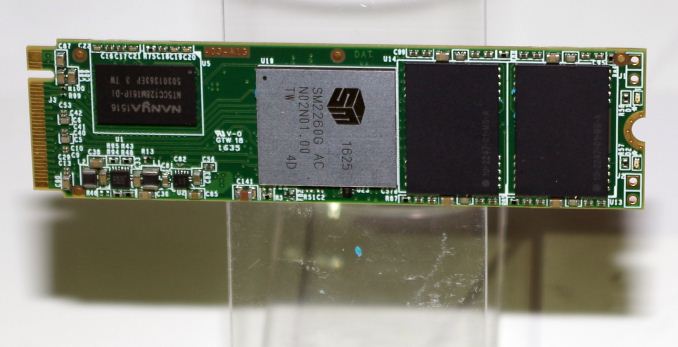 Mushkin showed a pre-production version of its Helix SSDs in its suite at CES. The drive looks like a typical M.2 PCIe/NVMe SSD without any heat spreader. We do not know whether the final product will employ a heat spreader it to ensure extra cooling, but that is certainly a possibility. As for endurance and reliability, Mushkin rates MTBF of its Helix SSDs at one million hours for now, which is below that of some competing offerings.

Mushkin is among the first of the independent suppliers of SSDs to announce a high-end PCIe 3.0 x4 drive based on 3D MLC NAND flash memory. At present, only ADATA ships similar products (XPG SX8000) in high volume. Mushkin did not announce when exactly it plans to start selling its Helix drives and we may be months away from their retail availability and information about price.