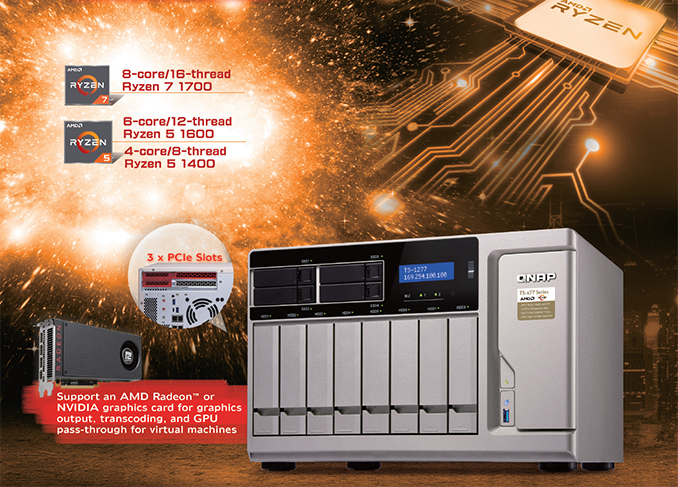 QNAP demonstrated its upcoming 12-bay NAS devices at Computex 2017, including most notably models powered by AMD’s Ryzen processors. The NAS will support HDDs and SSDs in various form-factors and will start at $2,299. In addition, the company is prepping 6-bay and 8-bay NAS featuring AMD’s Ryzen CPUs that will be more affordable.

The QNAP TS-1277 series NASes are powered by AMD’s Ryzen 7 1700 or Ryzen 5 1600 CPUs with eight and six cores respectively, and come with up to 64 GB of DDR4-2400 DRAM. All the systems use four GbE ports to connect to networks and have eight 3.5”/2.5” bays as well as four 2.5” bays for various SATA storage devices. As you'd expect for a NAS, there's a multitude of RAID options available, with the NAS hardware able to tap the large number of drives here for RAID 50/60 operation. In addition, the NASes feature two M.2 slots (up to M.2-22110) for SSDs that can cache frequently used data.

Meanwhile, the TS-1277 has one PCIe 3.0 x8 and two PCIe 3.0 x4 slots, and thus can be upgraded with QNAP's QM2 PCIe cards, which offer options such as 10GbE networking and additional M.2 slots. For those who needs to have access to the TS-1277 from a local PC or to a DAS, the NAS has two USB 3.1 ports (Type-A and Type-C) and five USB 3.0 headers (Type-A). As for power, the TS-1277 is equipped with a 550 W PSU and can handle all kinds of HDDs and SSDs (as long as they are compatible with SATA-6G and do not require management by the host) as well as almost any graphics card in the PCIe 3.0 x8 slot. 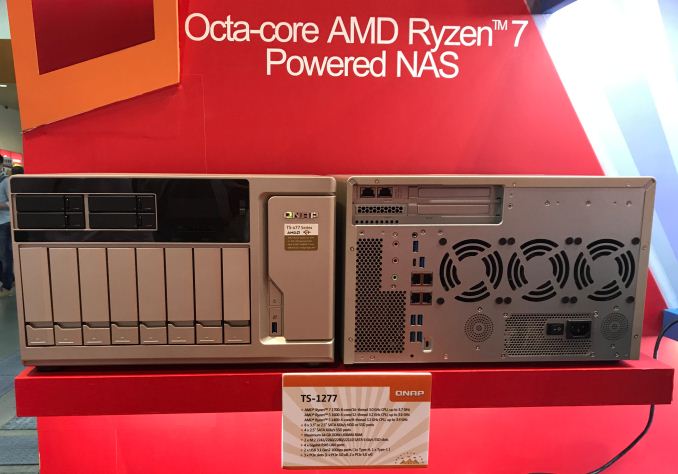 The 12-bay TS-1277 NAS will not be the only model based on AMD’s Ryzen CPUs from QNAP. Along the high-end SKU, QNAP will also introduce more affordable solutions featuring six and eight bays: the TS-677 and the TS-877 with 250 W and 450 W PSUs, respectively. As for feature set, all QNAP’s TS-x77 NAS will run the company’s QTS 4.3 OS and will support the same capabilities as other NAS from the manufacturer. 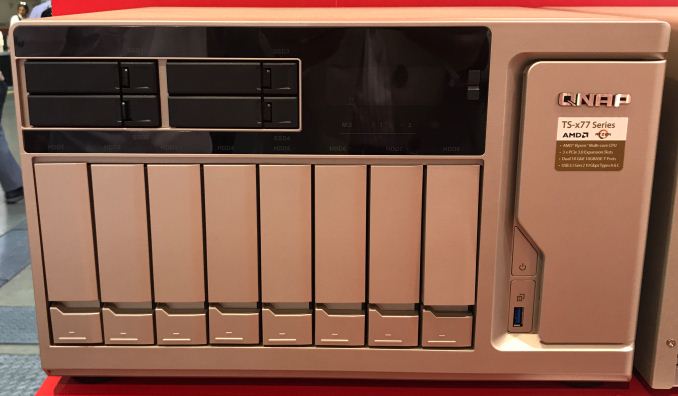 QNAP is the first NAS manufacturer to start using AMD’s Ryzen processors for network area storage. AMD’s CPUs traditionally have strong integer performance, making them a good fit for NAS tasks. Meanwhile, the high core counts of the Ryzen CPUs also enables QNAP to position their TS-1277/TS-877/TS-677 NASes for hosting virtual machines or containerized applications. During a conversation at Computex, QNAP also mentioned that the prices of AMD’s Ryzen processors (relative to its rivals) were also a major factor in their decision to use Ryzen CPUs for NASes. 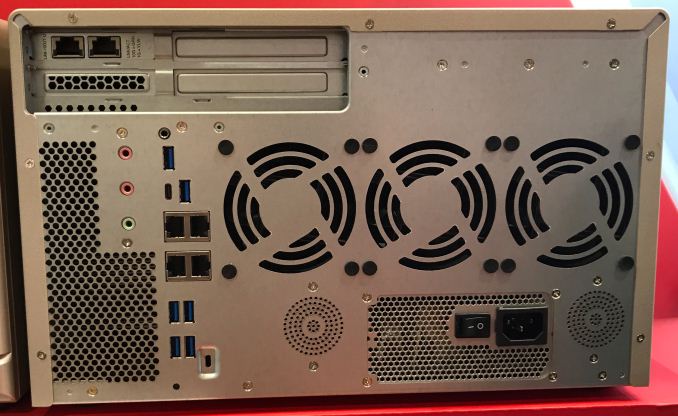