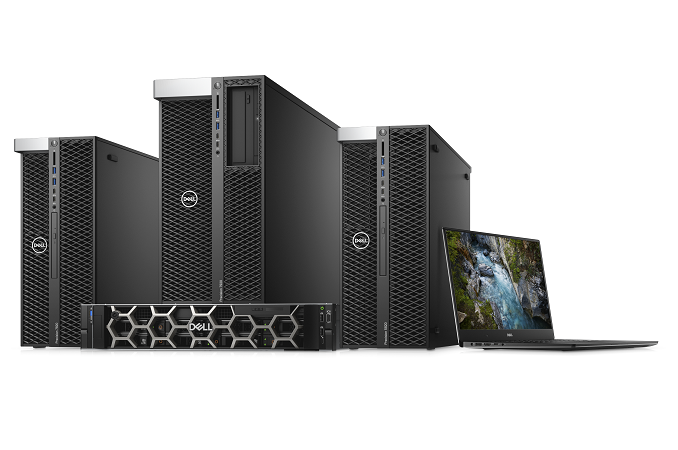 This year, Dell is celebrating the 20th anniversary of their Precision Workstations. The first Precision workstation, the Workstation 400, was released in 1997 and consisted of a 128MB graphics card, with a total cost at the time of around $12K. The tale is told that sales were slow out of the gate for Dell, with the company selling only 700 units in the first quarter. By the end of the second quarter, Dell sold 7000 units and Precision workstation lineups were well on their way.

Fast forward to today where the workloads have increased massively – and 128MB of VRAM is a rounding error – and workstation hardware manufacturers like Dell are continuing to improve their production designs to keep up with user demands. Part of Dell’s goals with their latest iteration of their Precision hardware is to become a trusted partner for Data Center solutions, and in turn entice commercial clients to move away from renting hardware and back towards buying it up front. With many small to medium size businesses that are farming out their hardware to services such as Amazon Web Services or Microsoft Azure, there are pieces of the pie to be taken back.

For the first time in 5 years, Dell has updated both their tower and rack chassis workstations. Dell claims the Precision Tower and Rack workstations are, "...first to market with leading technology to handle complex, creative workloads, including development and deployment of artificial intelligence and machine learning technologies."The front of both class devices has changed the look of the front grill with the 2U 7920 looking a lot different. On the rack mount, where there used to be a simple bar going across it, has been replaced with a large hexagonal cover instead. The workstations receive more of an update with a diamond pattern on the front as well as a bezel down the middle where the peripheral attachments can be inserted.

On the hardware side, the new lineup consists of 5820, 7820, and 7920 Towers as well as a 2U 7920 rack. All incorporate the latest Skylake-X processors, and according to Dell, are designed with flexibility in mind. One of the unique features on the new lineup is bringing PCIe to the front of the chassis where custom devices, such as large removable storage, can be used without entering the chassis. This includes SATA, SAS, PCIe M.2/U.2 NVMe SSDs. 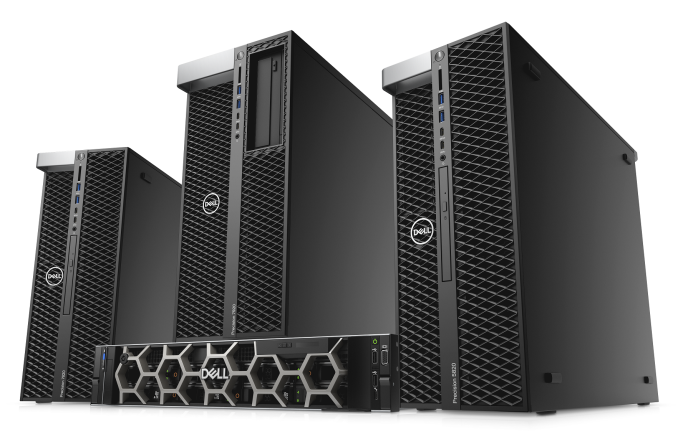 The new towers hold up to 1.5 TB of 2666 MHz RDIMM memory in 4 or 6 channel configurations, with LRDIMMs supporting up to 3 TB on specific CPUs in the 7920. The smaller siblings in the 5820 and 7820 hold up to 256GB and 384GB respectively. CPU support, like RAM, will vary a bit by model. All of these systems support Skylake-X Xeons and are based on the C261 chipset. The 5820 supports up to a 10 core Xeon, while the larger towers and rack mount servers support up to 28 core Xeons.

On the graphics side of the house, Dell uses both NVIDIA and AMD professional graphics cards, with the 7920 and 7820 towers supporting up to 900W of graphics power when using up to 3 double width GPUs. Available NVIDIA cards go up to the Quadro GP100 series cards and other Pascal based cards, while for AMD, customers can get up to AMD's newly announced Radeon Pro WX9100. The workstations will also support the upcoming Radeon Pro SSG due out in fall. All of this horsepower, both from the CPUs and GPUs can be used for creation and deploying cognitive technologies among many other use cases Dell is targeting with their workstations.

The towers and rack workstations will be available starting October 3rd, 2017.

Meanwhile, Dell has also announced an update to their Precision 5520 laptop, which they're calling the Anniversary Edition. The refreshed 5520 is targeting the prosumer market, separating itself from the XPS lineup by using Xeon CPUs and professional graphics. More specifically, the limited edition Anniversary version has several aesthetic changes. The chassis comes in a new color that is dark gray, almost black, which they call, Abyss. The shell is made of anodized aluminum with a brushed finish and anti-fingerprint coating. Outside of the updated chassis appearance, it also comes with a unique Dell 20th-anniversary wallpaper and a special badge commemorating the occasion located on the bottom of the device. 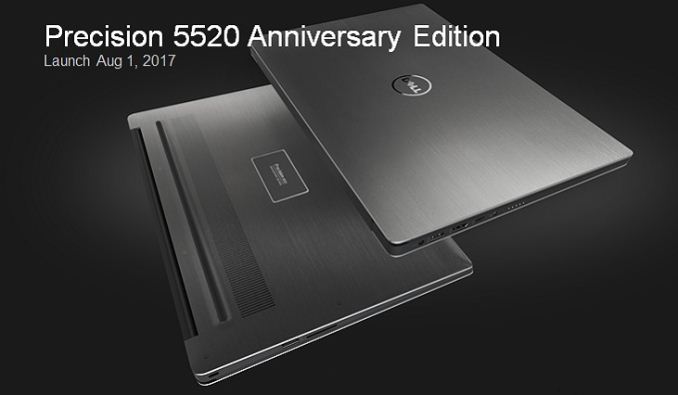 Specifications for the 5520 Anniversary Edition were not shared, though Dell did mention there will be two high-end configuration options.  Pricing on the limited run Precision 5520 20th-Anniversary Edition comes in at $2179. Availability is today, August 1st. More details can be found at the Dell.com Precision Anniversary website.

Last but not least, this morning Dell is also announcing that their long-awaited Canvas display & input system is now shipping. Essentially a large format touch tablet to maximize drawing space, the Canvas is Dell's take on Microsoft's Surface Studio, using a combination of a large surface, digital pen, totems object manipulation and interaction. However unlike the Surface Studio, the Canvas is not a stand-alone PC; rather it's just an input system and a display. Users still need to connect it to an existing PC to actually use it.

The star of the show is Dell's choice of panel, which is a QHD (2560 x1400) IPS display. Otherwise the Canvas supports over 90 pieces of software including Adobe, Autodesk, Solidworks, etc. Availability starts August 1st with the device priced at $1799. This includes the QHD screen/tablet, pen, and the dial totem (the smaller knob totem is optional). 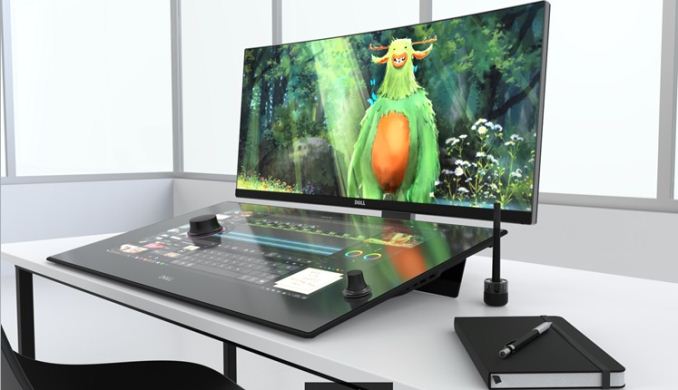 More information on the Precision Performance Towers, Racks, the limited run Anniversary Edition 5520 laptop, and Dell Canvas can be found at the Dell website.