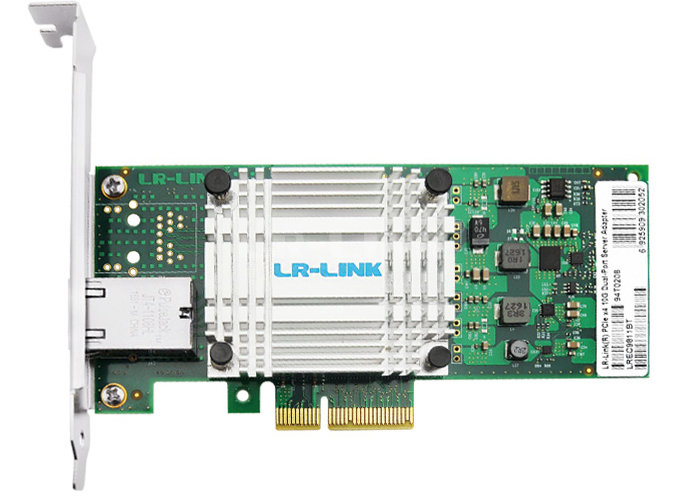 LR-Link, a maker of networking solutions from China, has introduced two new 10 GbE NICs based on an Intel controller. The cards are priced about 30% below similar products by Intel and other makers, yet they are aimed primarily at entry-level servers.

LR-Link’s single-port LREC9811BT and dual-port LREC9812BT network adapters are powered by Intel’s X550AT2 controller and feature a PCIe 3.0 x4 interface. The cards feature one or two RJ-45 connectors and support supports 100M, 1G, and 10G speeds using Cat5e/Cat6/Cat6A copper cabling. Intel does not explicitly deny that the X550 works with 2.5G or 5G routers/switchers, yet the company does not validate the controller with such equpment (at least officially), so nothing is guaranteed.

Aquantia’s single-chip 10 GbE solutions have made 10 GbE consumer-grade network adapters considerably cheaper, which lowered demand for entry-level 10 GbE server-grade NICs from SOHO customers. The later did not go unnoticed by traditional suppliers of 10 GbE cards, such as Intel. As it appears, the company has made its X550 chips available to third parties and we are about to see cheaper X550-based NICs from makers like LR-Link.

It's worth noting that LR-Link does not sell its products at retail in the West. So the cards are primarily available from Alibaba, Ebay, and various other online retailers in China. At press time the single-port LREC9811BT can be purchased starting from $155, whereas the dual-port LREC9812BT costs $275.