Samsung’s Space-Saving Monitors on Pre-Order: Up to 31.5-Inch 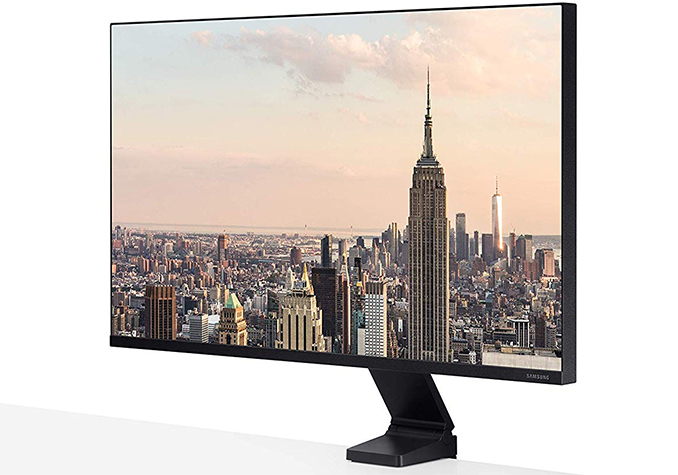 Large displays tend to occupy a lot of desk space, something that is not appreciated by many. Samsung has developed a family of monitors, called 'Space Monitors', that use a unique hinge mechanism for a minimalist design that promises to save as much space as possible while still providing 27-inches or 31.5-inches of screen real estate. Announced early this year, Samsung’s Space Monitors are now available for pre-order and will ship in April.

There are several ways how Samsung’s Space Monitors save desk space. First up, the displays attach to a table using a clamp that takes up far less space than a traditional stand. Space Monitor’s stand can adjust height and tilt, but not swivel. Secondly, the stand conceals power and signal cables that tend to occupy space as well. Thirdly, the LCDs feature very thin bezels. Overall, Samsung says that its Space Monitors increase usable space near displays by 40% when compared to regular LCDs of similar sizes. 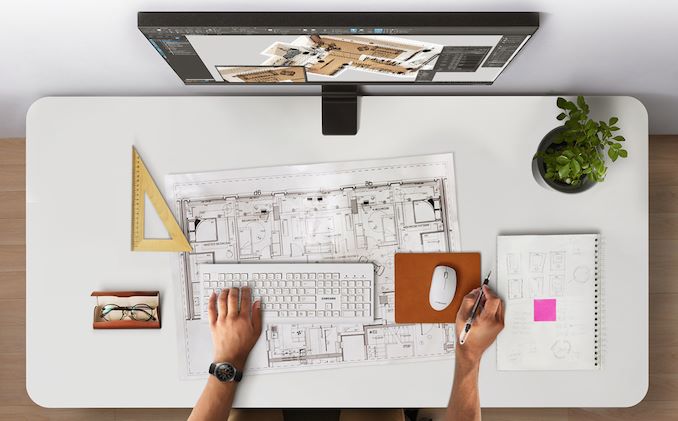 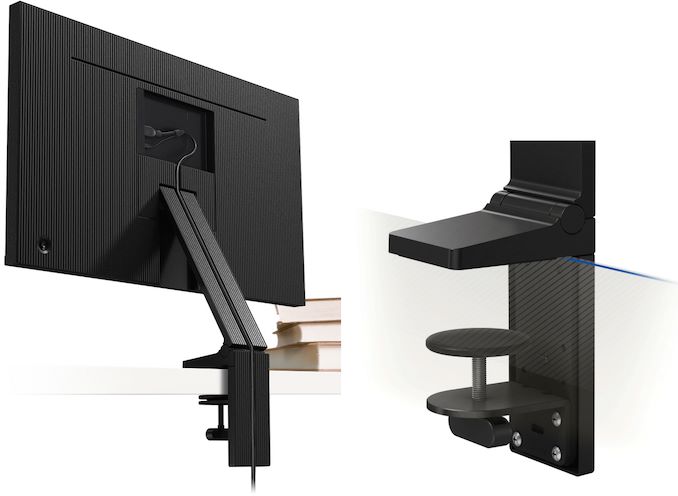 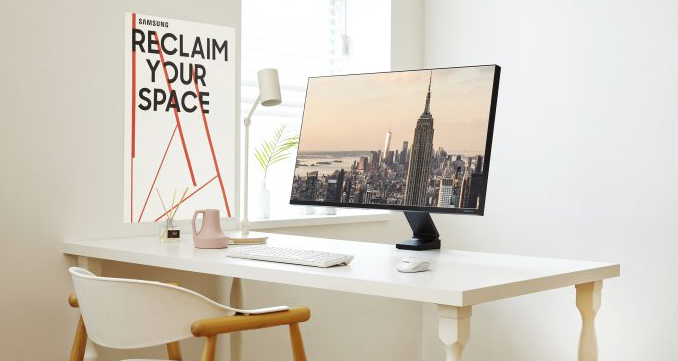 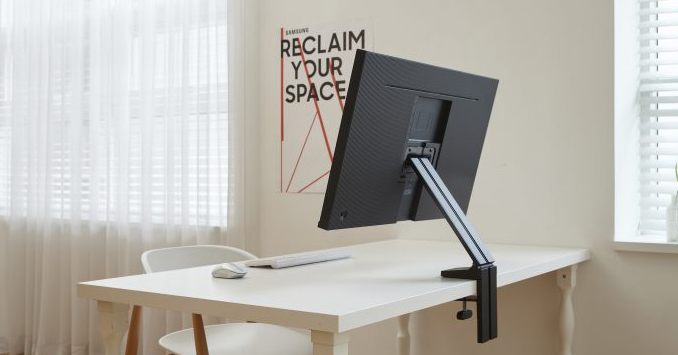 In fact, the monitors have other compromises as well. To make the displays as compact as possible, Samsung decided not to integrate speakers (and even omitted a mini jack), which is why its owners will have to use external speakers (or a soundbar) that will a;so consume desk space. 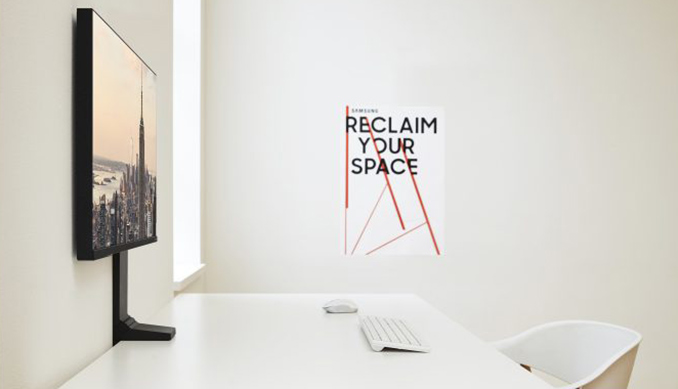