02:16PM EDT - Princeton is presenting it's own solution for in-memory compute this year at Hot Chips. 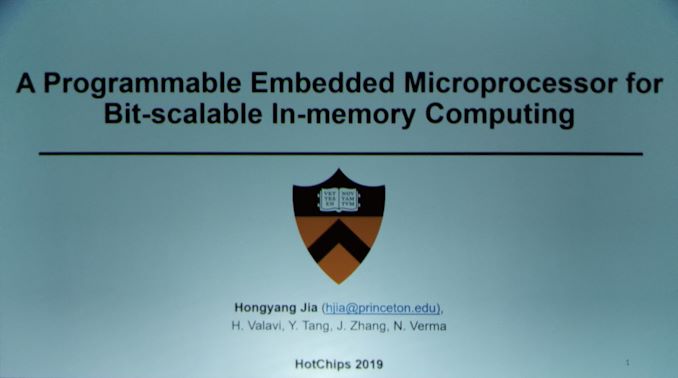 02:32PM EDT - Compute is often only 10% of the total instruction energy

02:34PM EDT - End up with reuse of data and specialized memory-compute integrated architectures, like TPU with systolic arrays 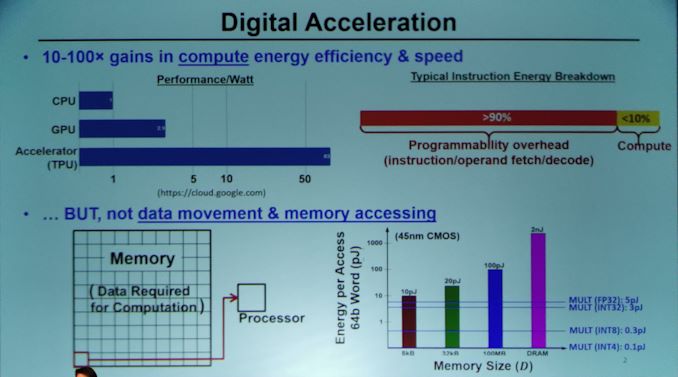 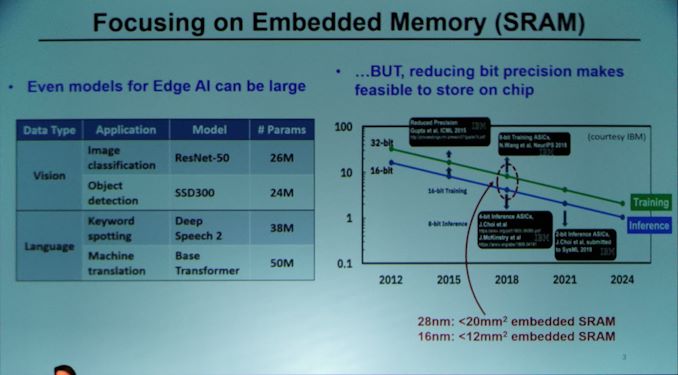 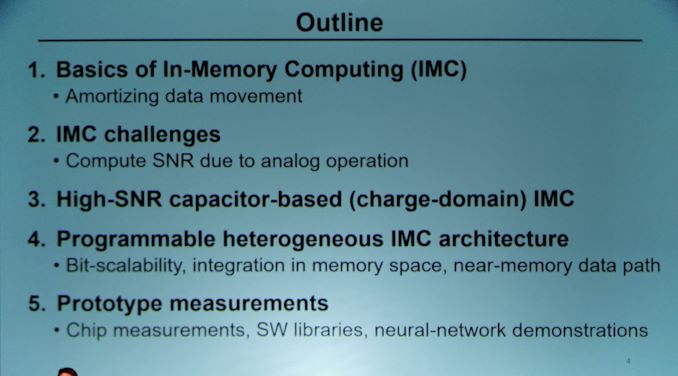 02:36PM EDT - At a fundamental level, IMC can reduce voltage SNR in exchange for energy/throughput 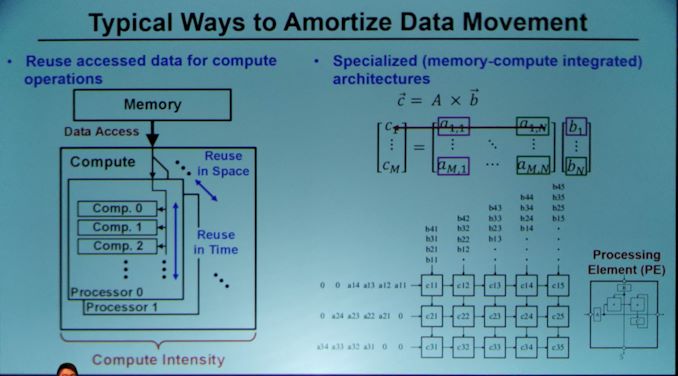 02:37PM EDT - Solution is to use analog circuits. Problem is that transistors have non-linear properties

02:37PM EDT - A number of IMC designs have been produced in academia, with some test chips 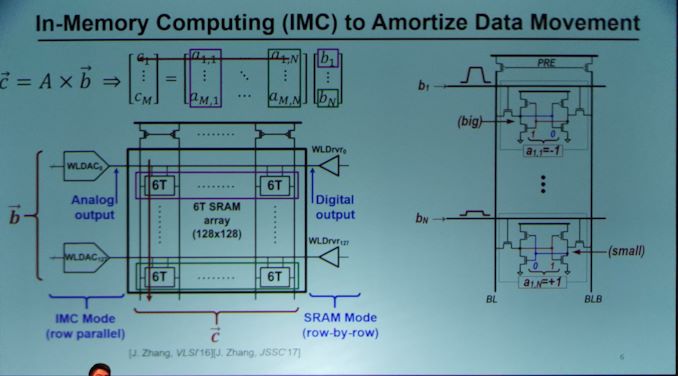 02:38PM EDT - One issue with IMC is despite 10x energy efficiency is lower memory density 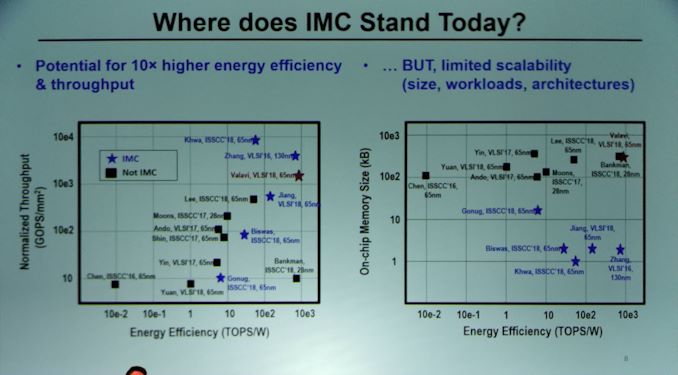 02:39PM EDT - Move to charge-domain computation based on capacitors. End up with 8T bit-cell 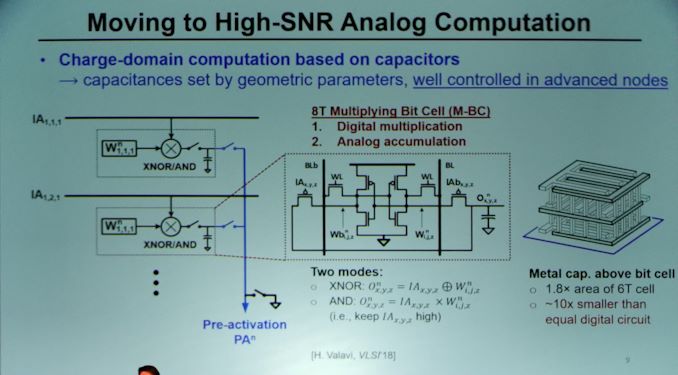 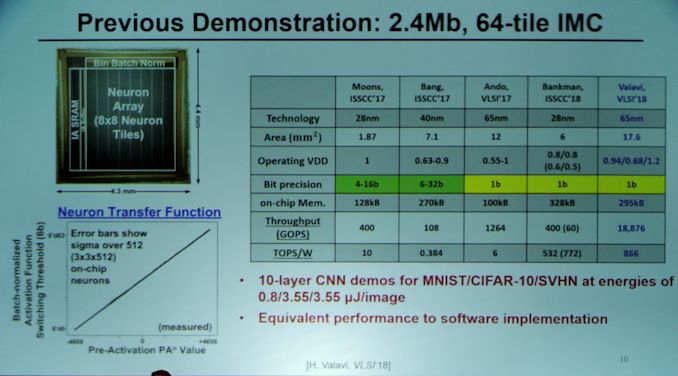 02:41PM EDT - Can measure image recognition in micro-joules per image 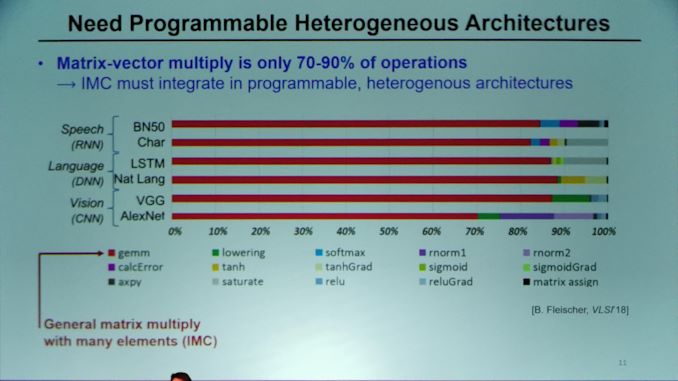 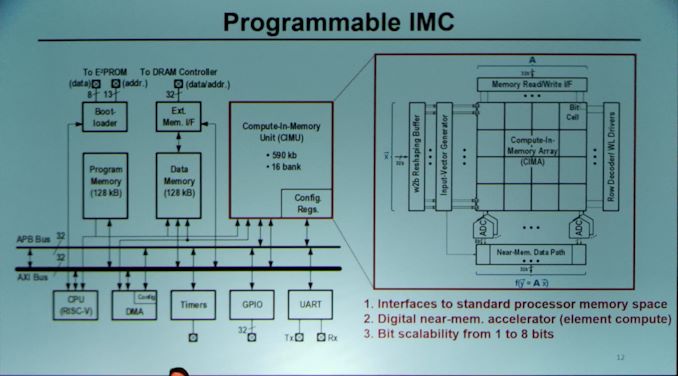 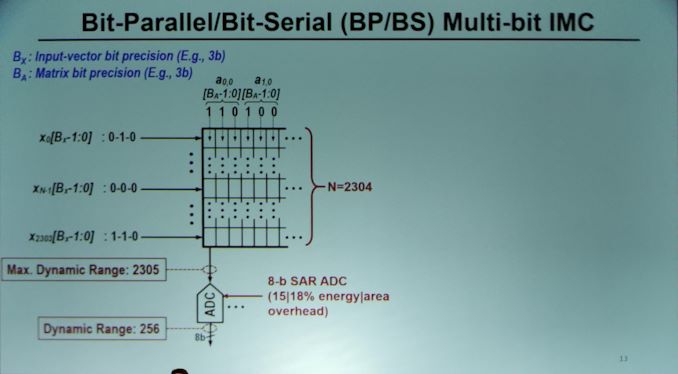 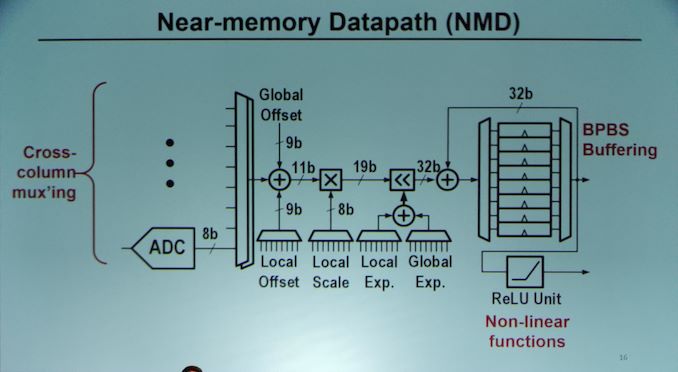 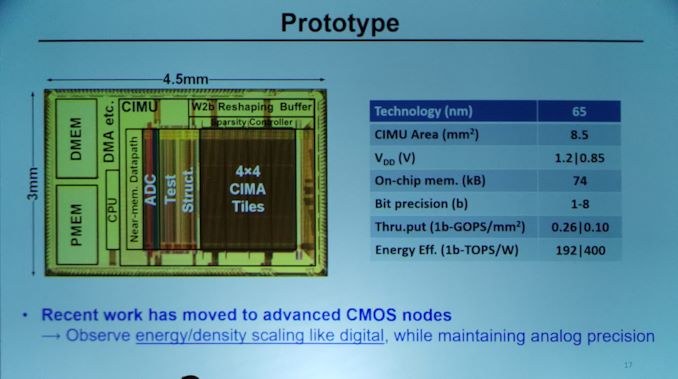 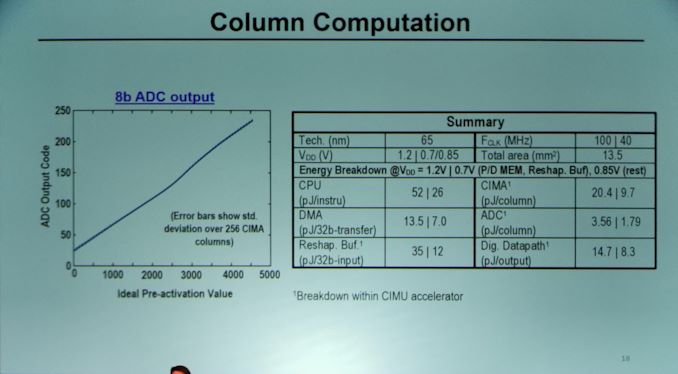 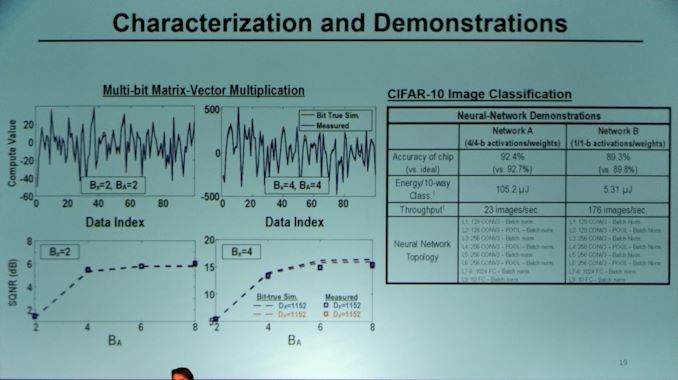 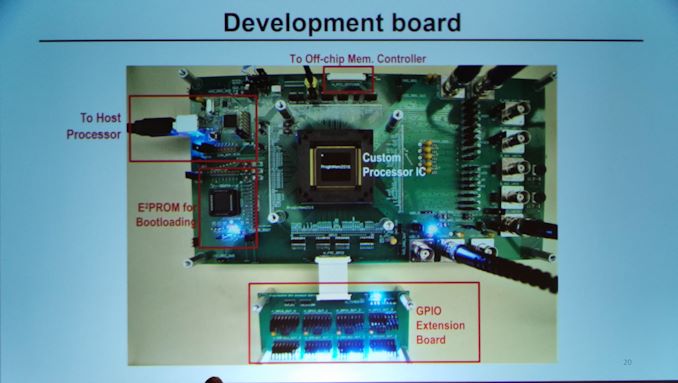 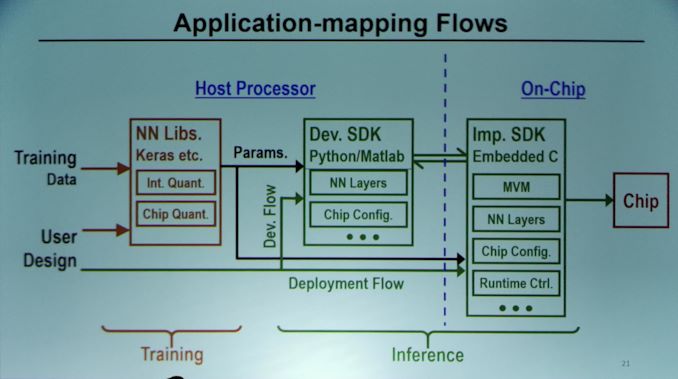 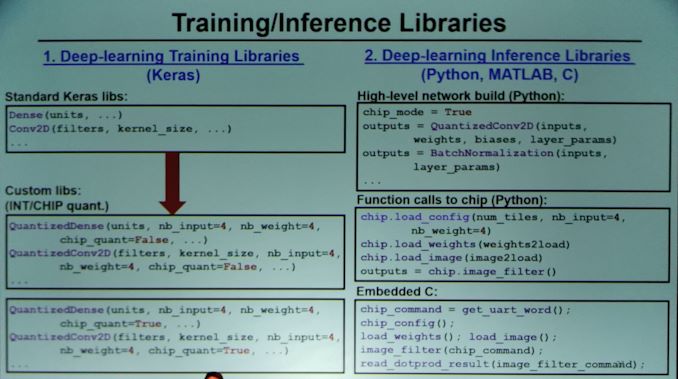 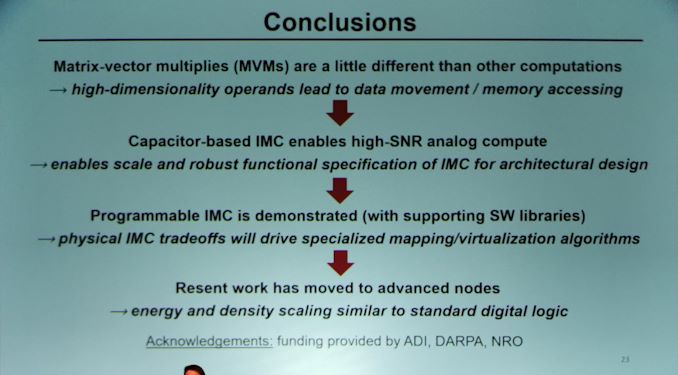 Next talk is Intel Optane!