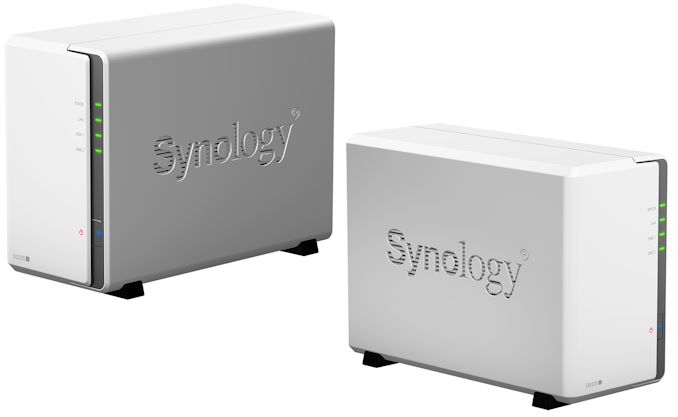 Coming in on the heels of TerraMaster's recently introduced entry-level dual-bay NAS, Synology has announced its own basic NAS, the DiskStation DS220j. Synology's latest NAS can store up to 32 TB of data using modern hard drives, from which it can stream media, automatically backup data, and offers web-based access, covering all of the bases for an inexpensive NAS device.

The Synology DiskStation DS220j is based on Realtek’s quad-core RTD1296 system-on-chip, which is paired with 512 MB of DDR4 RAM. The NAS has two 3.5-inch bays (which can also house 2.5-inch devices), one GbE port, and two USB 3.0 Type-A ports. The DS220j can operate its drives in Synology Hybrid RAID (SHR), Basic, JBOD, RAID 0, or RAID 1 modes. Internally, the device uses the ext4 file system, but externally it supports ext4, ext3, FAT, NTFS, HFS+, and exFAT file systems. From performance point of view, the NAS is said to support sequential read/write speeds of ‘over 112 MB/s’. 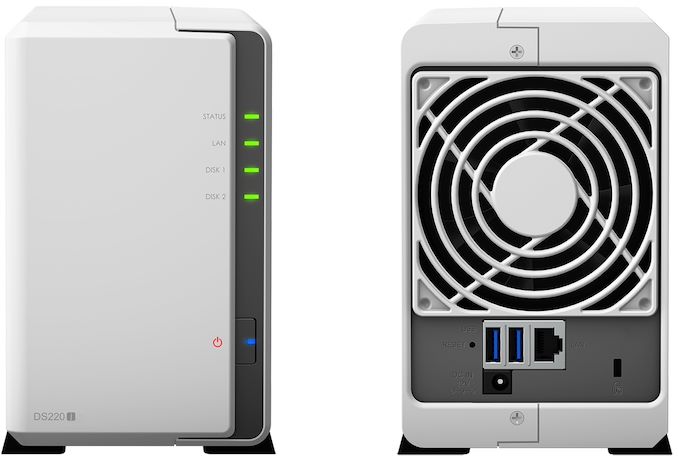 The DiskStation DS220j can be accessed locally from PCs running Linux, macOS, or Windows, and it also supports automatic backup functionality, such as Apple’s Time Machine. Also, the Synology DiskStation Manager software supports various networking protocols, such as FTP, SMB2, SMB3 (encrypted), AFP, NFS, and WebDAV, so the data can be accessed from everywhere assuming that the NAS is connected to the Internet. Furthermore, the software supports cloud synchronization as well as such services as Dropbox, Google Drive, Microsoft OneDrive, Baidu, and Box. 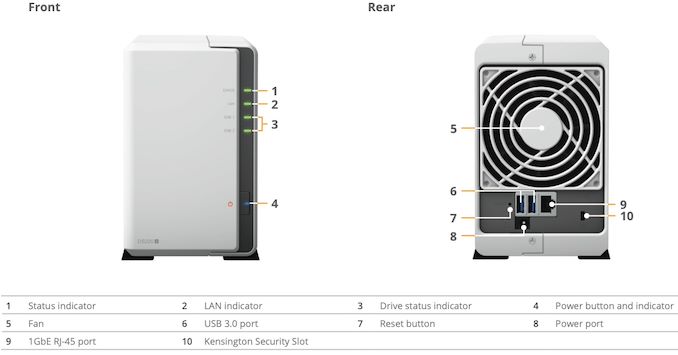 Synology’s DiskStation DS220j will be available shortly. Pricing is unknown, but as we are dealing with an entry-level NAS, it shouldn't be too expensive.