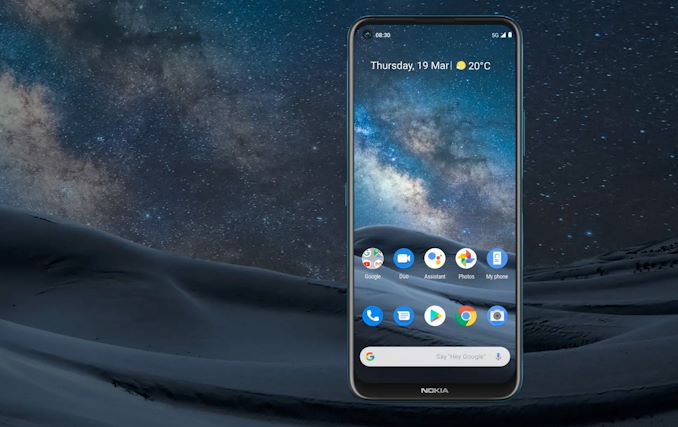 HMD Global has announced their first Nokia-branded 5G-enabled smartphone, the Nokia 8.3 5G. Based on  Qualcomm’s Snapdragon 765G platform, Nokia is assembling a high-end smartphone that is designed to tick all of the required boxes for a good phone, while not driving quite as hard on features and prices as contemporary flagship smartphones. None the less, the large display phone packs a quad-sensor camera module, and in an interesting turn of events, it will support more 5G bands than other handsets on the market today.

Once released, the Nokia 8.3 5G will be one of the first handsets launched in the West that's based on Qualcomm’s Snapdragon 765G system-on-chip, an interesting chip that, unlike the flagship Snapdragon 865, uses a fully integrated 5G modem. Furthermore, the 8.3 5G will be the very first phone that uses Qualcomm’s own 5G RF front-end module, a potentially important distinction as Qualcomm's front-end supports a greater number of bands than other modules already on the market. As a result the 8.3 5G is being pitched as a "truly global" smartphone that should be able to work in most countries despite the wide disparity in which bands are used.

Otherwise, while the Snapdragon 765G is not Qualcomm’s flagship SoC, the recently-launched chip is still decidedly capable. The SoC uses two Cortex-A76 based CPU cores for high intensity workloads as well as a further six Cortex-A55 cores for low intensity workloads, and packs Qualcomm's Adreno 620 integrated GPU. For the Nokia 8.3 5G, this is paired with 6 GB or 8 GB of LPDDR4X memory, as well as 64 GB or 128 GB NAND flash memory. 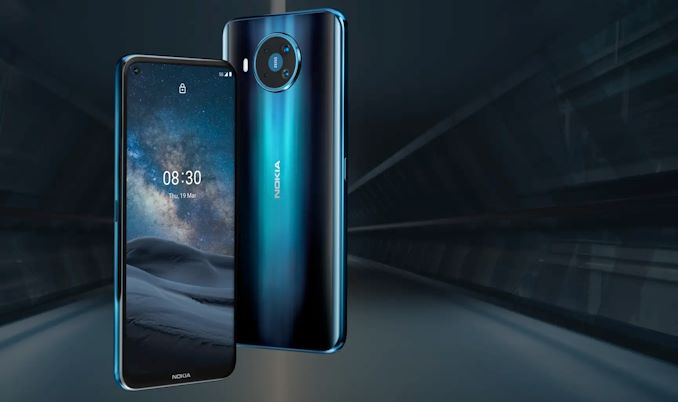 The first 5G Nokia handset comes with a large 6.81-inch IPS LCD with PureDisplay enhancements (deeper blacks, less reflections), and offers a 2400×1080 resolution (386 PPI). Oddly, however, HMD lists nothing about support for the DCI-P3 or HDR10 support, despite the fact that the company has supported HDR on earlier Nokia 7 and Nokia 8-series smartphones. 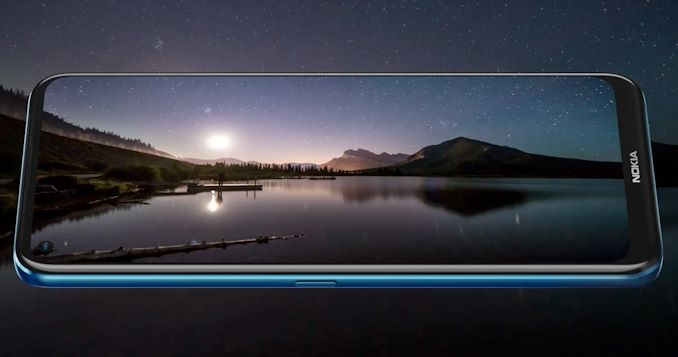 Instead, it's imaging capabilities are often the strongest side of Nokia handsets, and HMD is aiming similarly high here. The Nokia 8.3 5G comes with a quad-sensor main camera module comprised of a 64 MP main sensor, a 12 MP ultrawide sensor, a 2 MP macro camera, and a 2 MP depth sensor. Nokia says that the main camera is tuned for better operation in low-light conditions and has some additional enhancements by Zeiss, who is also certifying the lenses. As for selfies, the smartphone has a punch-hole 24 MP camera on the front. And audio recording is provided via a Ozo surround audio microphone array. 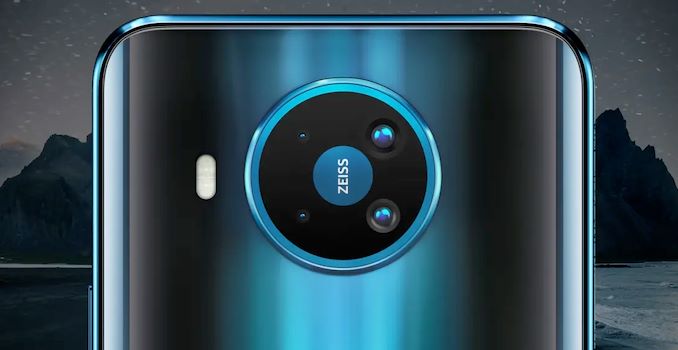 When it comes to wireless connectivity, the Nokia 8.3 5G smartphone supports Wi-Fi 5, Bluetooth 5.0, and NFC. Meanwhile, the handset has a headphone jack as well as a USB 2.0 Type-C connector for data connectivity and charging. As for security, the device carries a fingerprint reader on its side. 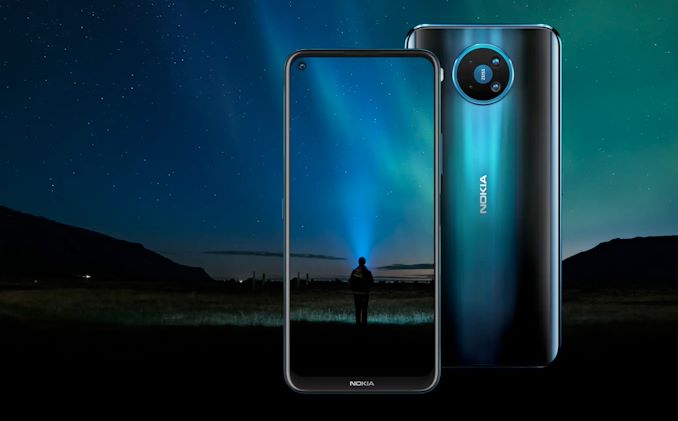 Nokia’s handsets are known for their fine industrial design, so the Nokia 8.3 5G is clearly not an exception. The device has a rounded back and comes in Polar Night color that was inspired by Aurora Borealis usually seen in Norther Finland. Meanwhile, the phone is rather thick at nearly 9 mm and heavy at 220 grams. Otherwise, it should be noted that HMD isn't listing the phone as offering any IP-grade water or dust resistance.