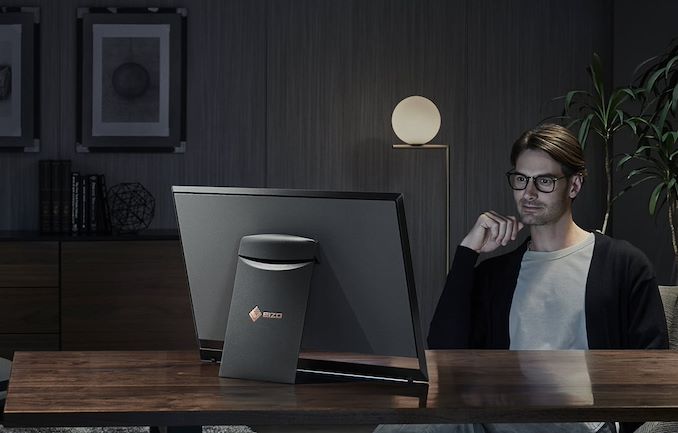 EIZO this week expanded the availability of its 21.6-inch 4K OLED Foris Nova display. The display was originally launched back in October as a limited-edition product for the Japanese market. Overall, just 500 units were to be made from that production run. However it would seem that EIZO has modified their plans since then, as according to a press release issued by EIZO China, the Foris Nova is now available globally.

EIZO is officially positioning the Foris Nova as a personal entertainment display, though its support for HLG and BT.2020 color gamut makes it handy in professional use cases as well.

Meanwhile, the company's plans to expand the availability of the monitor are a bit odd. As previously noted, when EIZO first announced the monitor they stated they would only make 500 units; but they've yet to actually announce a change to this cap (the official EIZO website still says '500 units' to be made). None the less, the monitor is set to become available to a much larger audience, with the global launch making it available in China and beyond.

The worldwide release of EIZO’s Foris Nova monitor could be a good news for the manufacturer of its 21.6-inch printed OLED panel, JOLED (a division of Japan Display Inc., JDI). Expanded availability of the product could indicate that JOLED has started volume production of its 21.6-inch 4K printed OLED panels, which is why EIZO can now expand availability to China and other markets.