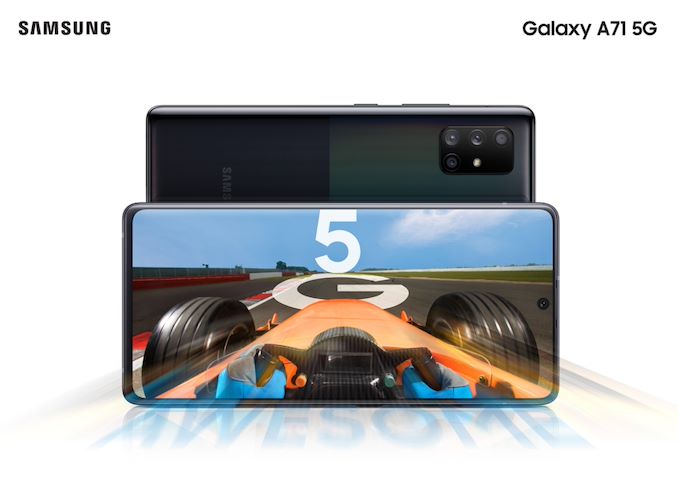 Yesterday Samsung announced the company’s new Galaxy A51 5G and A71 5G phones – for the first time adding 5G capabilities to the company’s arguably most popular and successful phone line-up.

While there’s a lot of talk about the prestige high-end Galaxy S series from Samsung – the majority of phones the company actually sells lies in their more affordable mid-range line-up. Particularly in the last few years, the A-series devices have seen a large amount of success and being Samsung’s top selling phones. The new A51 and A71 iterate on last year’s models – updating a lot of the aspects of the phones hopefully without breaking the bank in terms of cost. Today's A51 5G and A71 5G phones augment the previously announced A51 and A71's with 5G connectivity.

While we don’t have outright confirmation from Samsung, the phones are seemingly powered by the new premium Exynos 980 SoC from Samsung SLSI – it’s the only chip that fits Samsung’s higher-level specifications of the new phone’s SoCs. The chipset was released last September and seemed extremely competitive in its positioning, brandishing all the capabilities of similar chips in its range, including the newest Cortex-A77 CPU cores.

The key aspect of the phones is that they are 5G capable. Samsung here integrates the modem onto the chip, capable of support sub-6GHz networks (mmWave capability is missing – both due to technical lack of ability and the associated higher costs).

Usually Samsung posts an either/or in the specifications of the SoC of a new device when it differs between regions. Here the specifications are referring to a single chip – it’s going to be interesting to see if this also means that Samsung is going forward with the Exynos chip in the USA – typically a market where the company always preferred to use Qualcomm chips.

The phones come in 6 or 8GB of RAM although Samsung doesn’t specify how this will be chosen as they only list 128GB storage as the only configurable option in that regard. MicroSD card slot is naturally still available for more storage. 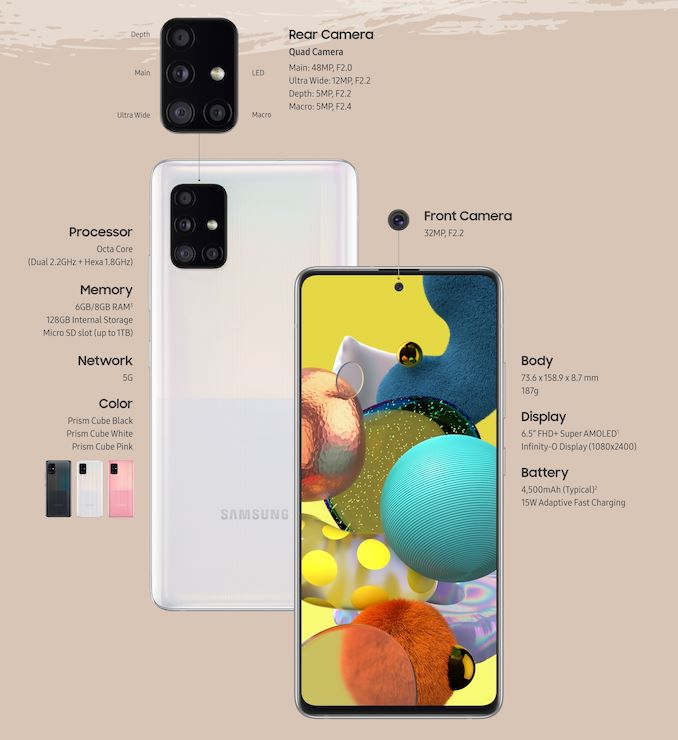 These are actually still quite big phones at 73.6 and 75.5mm widths, both wider than a Galaxy S20+, with the A71 almost matching an S20 Ultra in width. Oddly enough, the smaller A51 is advertised as being the heavier of the two new phones at 187g vs 185g.

Both come with a centre hole-punch camera setup, featuring a 32MP sensor and f/2.2 aperture lens. Samsung’s press renders also show the camera cut-out on the higher-end A71 5G is actually larger than on the small model – also a bit odd. 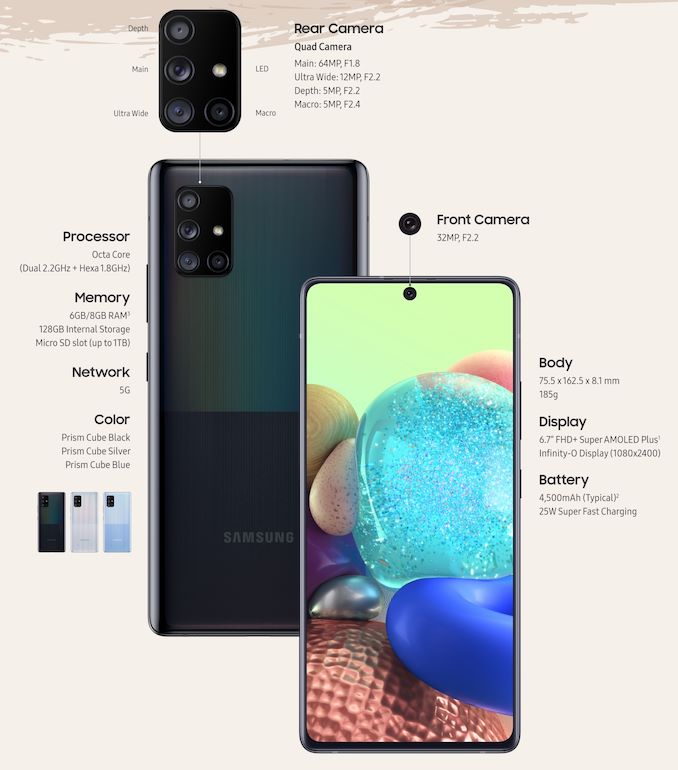 The rear glass design is glass, but with a more shimmering design effect that’s visually distinct and divided into two halves on the phone.

Samsung hasn’t yet announced official pricing for the new 5G variants of the phones (The A51 and A71 were around 300 $/€ to 400 $/€), but says availability will start throughout the month of April depending on region, subject to 5G availability.