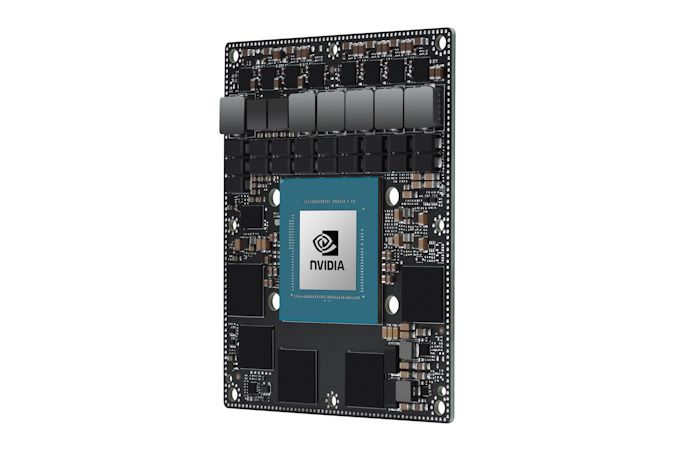 Today as part of NVIDIA’s fall GTC event, the company has announced that the Jetson embedded system kits will be getting a refresh with NVIDIA’s forthcoming Orin SoC. Due early next year, Orin is slated to become NVIDIA’s flagship SoC for automotive and edge computing applications. And, has become customary for NVIDIA, they are also going to be making Orin available to non-automotive customers through their Jetson embedded computing program, which makes the SoC available on a self-contained modular package.

Always a bit of a side project for NVIDIA, the Jetson single-board computers have none the less become an important tool for NVIDIA, serving as both an entry-point for helping bootstrap developers into the NVIDIA ecosystem, and as a embedded computing product in and of itself. Jetson boards are sold as complete single-board systems with an SoC, memory, storage, and the necessary I/O in pin form, allowing them to serve as commercial off the shelf (COTS) systems for use in finished products. Jetson modules are also used as the basis of NVIDIA’s Jetson developer kits, which throw in a breakout board, power supply, and other bits needed to fully interact with Jetson modules.

With NVIDIA’s Orin SoC set to arrive early in 2022, NVIDIA is using this opportunity to announce the next generation of Jetson AGX products. Joining the Jetson AGX Xavier will be the aptly named Jetson AGX Orin, which integrates the Orin SoC.

Orin featuring 12 Arm Cortex-A78AE “Hercules” CPU cores and an integrated Ampere architecture GPU with 2048 CUDA cores, adding up to 17 billion transistors, Given Orin's mobile-first design, NVIDIA is being fairly conservative with the clockspeeds here; the CPU cores for Jetson AGX Orin top out at 2GHz, while the GPU tops out at 1GHz. Otherwise, the SoC also contains a pair of NVIDIA’s latest generation dedicated Deep Learning Accelerators (DLA), as well as a vision accelerator to further speed up and efficiently process those tasks. 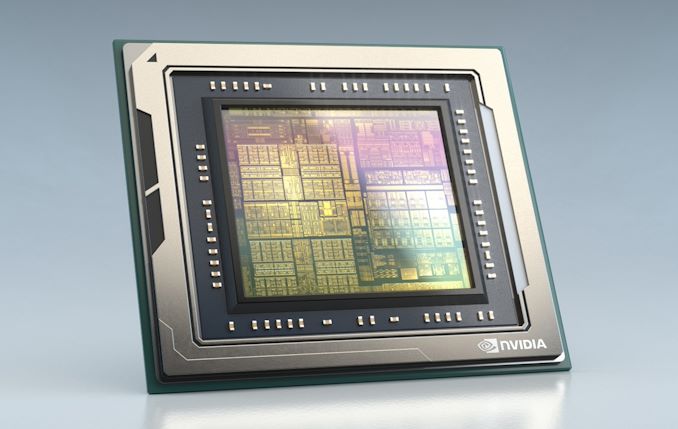 Rounding out the Jetson AGX Orin package, the Orin SoC is being paired with 32GB of LPDDR5 RAM, which is attached to a 256-bit memory bus, allowing for 204GB/second of memory bandwidth. Meanwhile storage is provided by a 64GB eMMC 5.1 storage device, which is twice the capacity of the previous generation Jetson AGX.

All told, NVIDIA is promising 200 TOPS of performance in INT8 machine learning workloads, which would be a 6x improvement over Jetson AGX Xavier. Presumably those performance figures are for the module’s full 50W TDP, while performance is proportionally lower as you move towards the module’s minimum TDP of 15W. 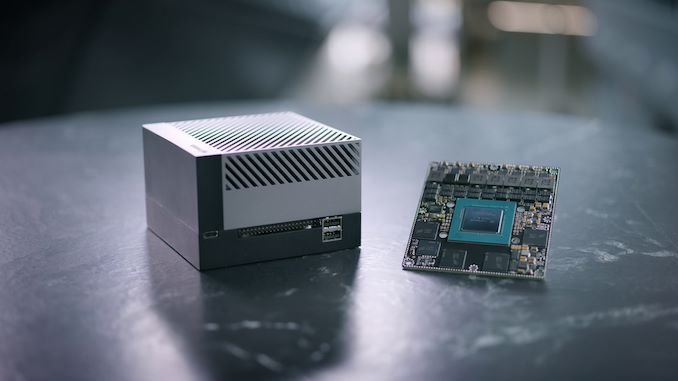 Meanwhile, for this generation NVIDIA will be maintaining pin and form-factor compatibility with Jetson AGX Xavier. So Jetson AGX Orin modules will be the same 100mm x 87mm in size, and use the same mezzanine connector, making Orin modules drop-in compatible with Xavier.

Jetson AGX Orin modules and dev kits are slated to become available in Q1 of 2022. NVIDIA has not announced any pricing information at this time.