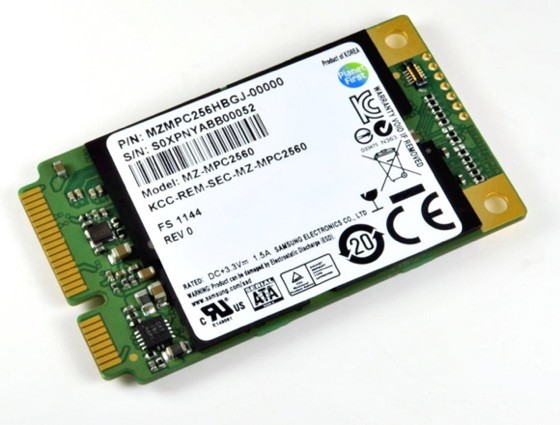 We've seen what Samsungs latest SSD controller can do in notebooks, and now they're ready to share the love with Ultrabooks. The latest PM830 variants come in the mSATA form factor and cram as much as 256 GB of storage into a device weighing just 8 grams and some svelte dimensions (50.95 x 30 x 3.8 mm). AES-256 is confirmed as present on the drives, to protect your data in the event of loss or theft. Performance is reportedly nearly identical to the physically larger OEM-only PM830, and its consumer cousin the SSD 830, losing only in sequential write speed. It's unclear where the write speed difference comes from, though likely candidates is a diminished capacity for interleaving, or performance throttling for power and heat concerns. We're reaching out to Samsung for more details and will update as we know more. We're expecting a(nother) big Ultrabook push at CES in about a month, so we will see plenty of these little drives making appearances there. Samsung is promising that not long after the OEMs have their fun, consumer drives will be available for the tinkerers amongst us.