Some Thoughts on Smartphone Region Locking 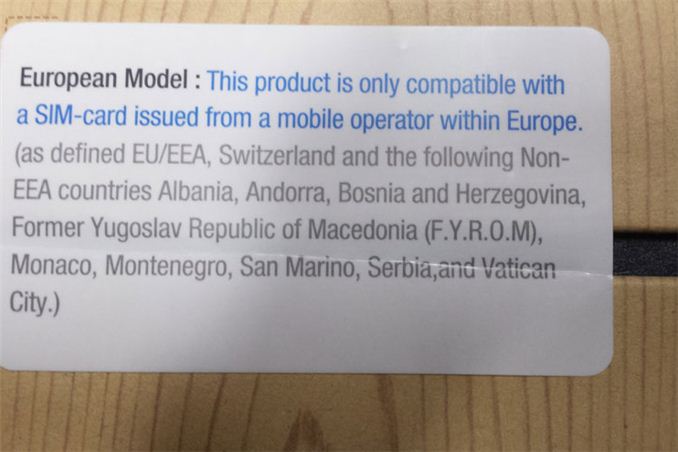 Recently, reports of Samsung region locking the Note 3 came out via Clove UK, which posted on its blog that the Note 3 would be completely unable to use a SIM card from a carrier outside of the region, and would not ship any Note 3 devices with a region lock outside of Europe.

Of course, while unprecedented in the smartphone industry, this sort of business has been happening for a very long time in the automobile industry, which has effectively banned grey importing to the US. While that isn't common knowledge, some may know that the Skyline GT-R is effectively banned from the US, which is a direct result of a ban on grey imports. The reason for all of this was a push by Mercedes-Benz USA to protect its dealer network and its own margins. In short, the story behind all of this is that grey imports were cutting into profit margins, as importers could easily take advantage of fluctuating exchange rates, and when all was said and done, going through an importer could net thousands of dollars in savings, all of which was effectively taken from the OEM. As a result, MBUSA and a coalition of other OEMs successful lobbied Congress to pass laws that made grey importing effectively impossible, which completely killed that industry.

While there are other possible justifications for region locking devices, looking to the past, it is evident that this move is done for similar reasons, albeit implemented at the software levels rather than enforced by law. While at first such a move threatened to have severe blowback due to the lockout of foreign SIMs for those traveling outside of the region intended for use, Samsung moved quickly to quell such fears, stating that the lock would only be for initial activation and that any region locked device would be able to be unlocked by a regional service center, however it seems that based upon multiple user reports, unlocked devices in certain regions have been completely locked out from using foreign SIMs. Recent information suggests that this lock is also shipping on many other unlocked devices that we're manufactured after July 2013, and such locks may arrive via OTA update for some devices. Due to their enormous marketshare and mindshare, Samsung is best placed to execute such a strategy, and stands to greatly increase margins from this move.

Even though Samsung is the first to do this in the smartphone industry, it is hard to say that such a move would not be pushed by other OEMs, as all would stand to profit from such region locking. While the automotive industry achieved this through legislation, it seems that smartphone OEMs are well-positioned to implement such features in software. While initial SIM locks would be easily bypassed by resellers, forcing the need to acquire an unlock code from a service center in the correct region would be extremely effective at killing grey market imports in the smartphone market, especially if the lock flag were in a partition with signature checks enforced like many carrier locks. It remains to be seen, however, whether the smartphone OEM would move in such a direction. While the automobile industry is nothing to be emulated, it is possible that the smartphone industry will follow in its footsteps.