Perhaps I am out of the loop, but in recent CPU generations of PC building, Patriot Memory has not featured much on my radar.  A quick look at their product range tells a tale: the fastest DDR3 kits are 2400 MHz, and by comparison to some other memory manufacturers, their presence at Computex was somewhat discreet.  Nevertheless, when I got in contact for our series of quick fire Haswell memory reviews, Patriot were keen to sample a couple of their 2x4 GB Viper III kits of DDR3-2400 C10 1.65V. 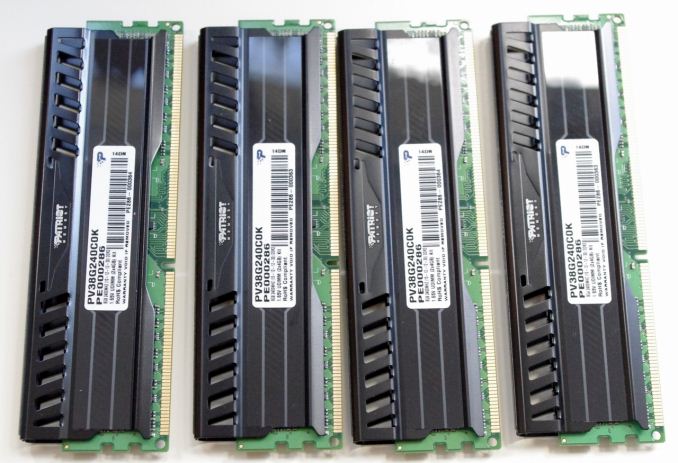 With mainstream computing platforms all focused on dual channel memory, we are still in the realm where two sticks of DRAM in a kit is the norm.  Modern OSes are eating varying amounts of memory, and the more computing power people have access to, the ‘lazier’ programmers and users can be with their memory allocation.  For casual desktop users on a Windows based platform, 4 GB can easily be enough: gamers and power users can look at 8 GB and be happy, while power users/enthusiasts/multi-GPU gamers will desire a 16 GB kit minimum.  Only specific niche targets will aim for more, for which there are still a numerate selection of choices to consider.

But for most builders, an 8 GB kit still hits a nice balance between ‘enough memory’ and cost.  The kit Patriot have sent us for review is not actually on Newegg right now – the nearest to the PV38G240C0K model is actually the PV38G240C1K variant, a 2400 C11 kit, which retails for $92. On Amazon.com the PV38G240C0K kit is actually $117, although on NCIX it retails for CAD$100. Because Patriot sent us two 2400 C10 kits to test, we tested a kit as it comes and both kits together, although this is not a recommended scenario (see later).

In terms of overclocking, this memory kit starts with an initial Performance Index of 240, and with nothing more than a small bump in voltage and a memory strap adjustment, we see 2666 10-12-12, giving a PI of 267.  Adjusting through various CL values confirmed that a PI of 267 is the best result for a 24/7 stable system, valid up to 2666 C10.  Beyond C10 the system refused to be stable above 2666 MHz, thus lowering the PI. 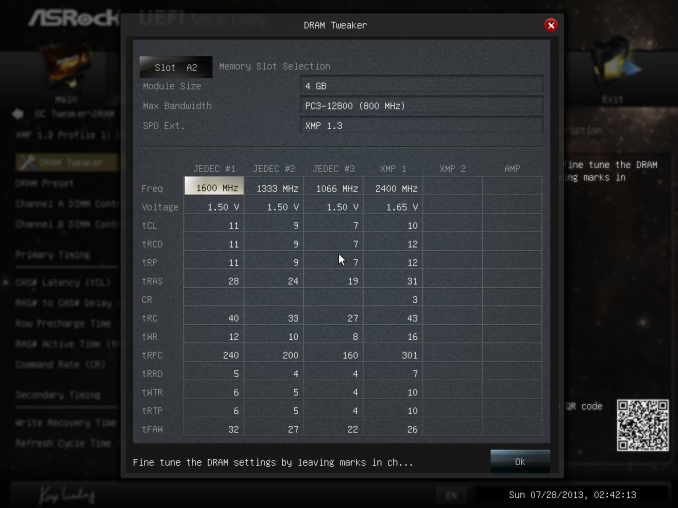 Compared to the ADATA 2400 C11 we reviewed last time, most of the secondary sub-timings are smaller (tRC, tWR, tRRD, tFAW) - some of this will be due to the lower density (2x4 GB vs 2x8GB) memory.  The amazing thing is that our XMP detection showed a command rate of 3T for the Patriot memory, although this was reported as 2T in the operating system.

In terms of the kits we have in to test, Patriot and Corsair are doing similar packaging paradigms: a cardboard outer shell that is sealed, and an easy to open plastic insert to hold the memory stable in transit. 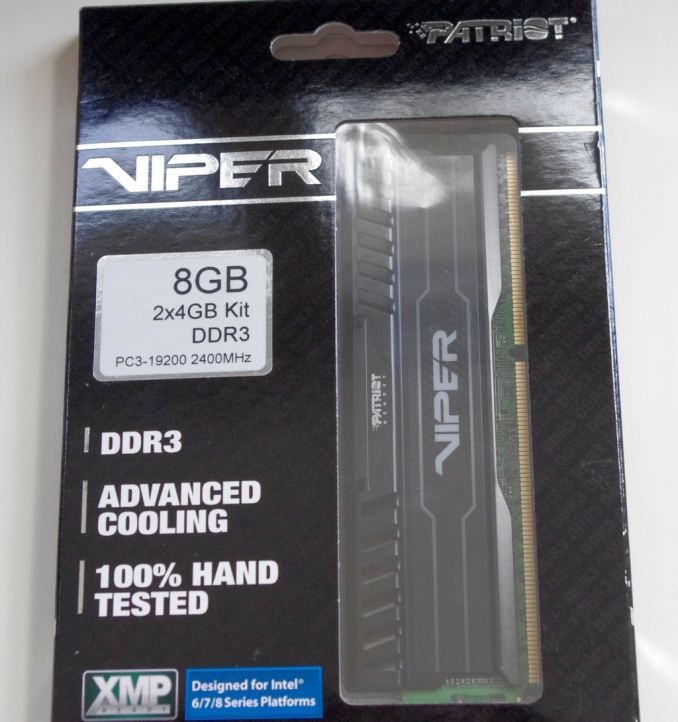 The heatsink extends an extra 12mm (0.47 inches) above the memory PCB, giving a total heatsink height of 36mm. 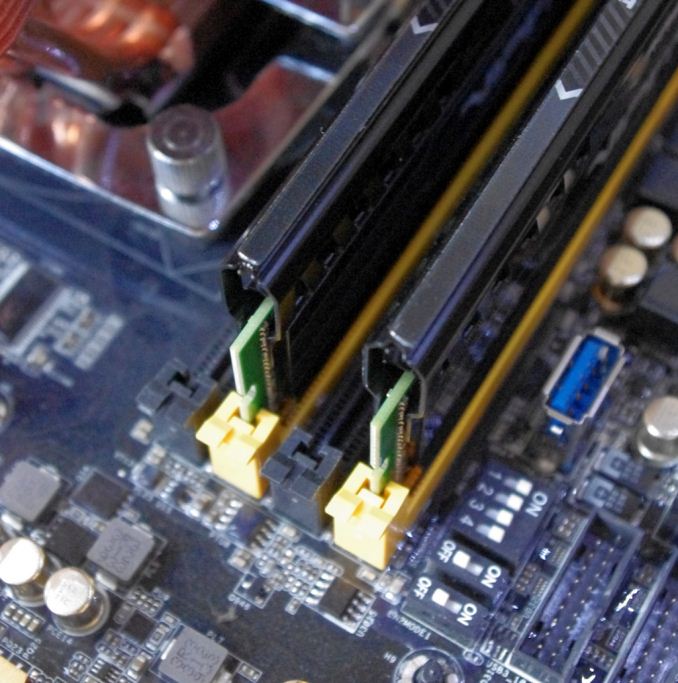 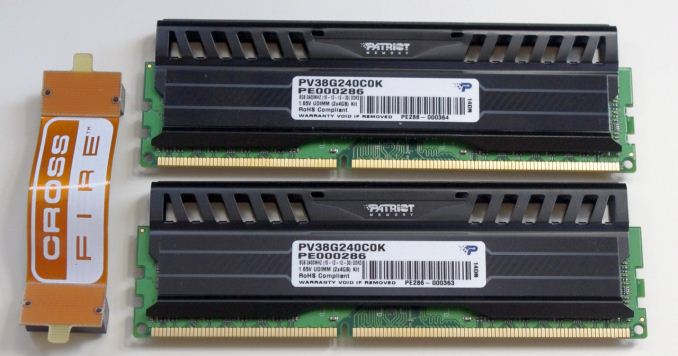 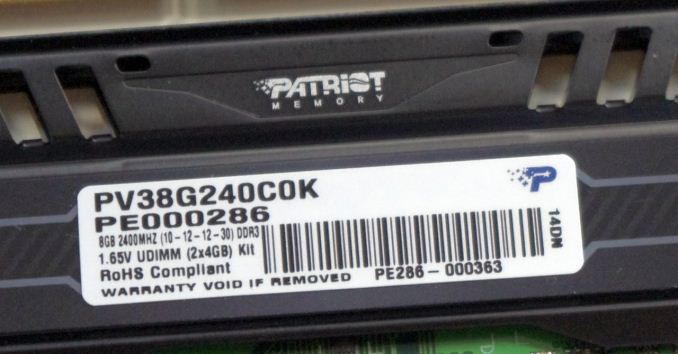 For this review, we have done two sets of numbers: one with one kit of the Patriot 2400 C10 memory, and another with two kits put in the same system.  Despite this testing, it is not a recommended scenario: do not buy two memory kits, even if they are the same model, and expect them to work together.  There are many, many forum posts with users having two of the same memory kits in a system and it not working.  I have even been a victim at one point to this scenario.

There are several factors at work:

Rule of thumb: if you want 16GB/32GB/64GB of memory, buy a 16GB/32GB/64GB kit.  If it works out it costs more, that is because the kit is fully validated in that configuration.