Samsung is in a unique position in the SSD market. It’s the only company in the consumer SSD business with a fully vertically integrated business model and zero reliance on other companies. The controller, NAND, DRAM, firmware and software are all designed and produced by Samsung, whereas other companies only focus on their core strengths and outsource the rest. Even the semiconductor giant Intel has switched to SandForce in their consumer lineup and only their enterprise drives get the complete in-house treatment, which to be honest makes a lot of sense given that enterprise market is the one bringing the fat profits home.

Designing a platform (silicon, firmware & software) is expensive and making the same platform suitable for both consumer and enterprise markets is difficult. A consumer platform needs to be affordable and low power, whereas enterprises appreciate high performance and a rich feature set (remote management, data protection etc). That is a combination that does not mix very well. If the design focus is on the enterprise market, the platform tends to be too pricey and high power to succeed in the client space (like Intel’s DC S3500/S3700 platform), while a consumer focus results in a too limited platform in order to meet the price point. Ideally you would have two separate platforms but that is not very cost efficient.

What makes SandForce and Marvell lucrative partners is the platform they offer but it comes at a cost: you lose the ability to go custom. This is true especially with SandForce because they provide everything from the silicon to the firmware/software stack and the OEM can only configure the firmware to a certain degree, which based on what we've seen is very limited. Marvell's business model, on the other hand, only includes the silicon but the development of the firmware and additional software is up to the OEM. Since the characteristics of an SSD are mostly defined by the firmware, Marvell's offering is very alluring for larger OEMs (like Micron/Crucial and SanDisk) because it saves them the development costs of the silicon and still allows them to design the firmware from a scratch. 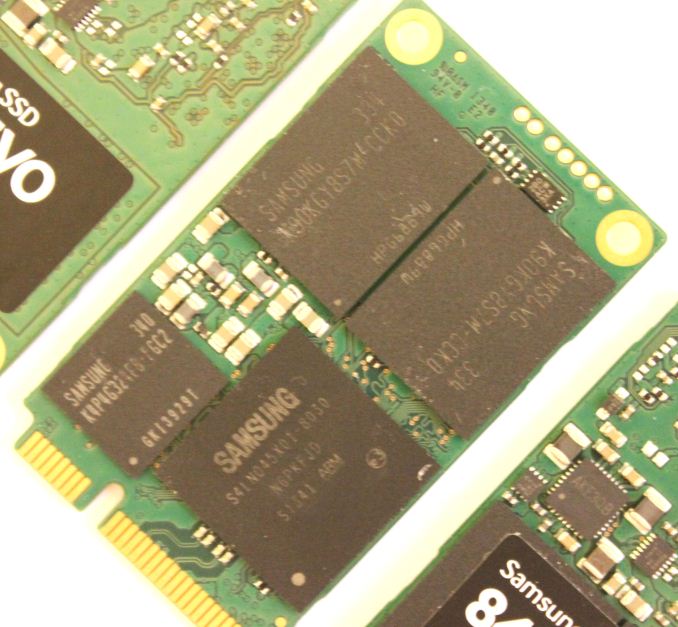 The moment when having control of everything from silicon to NAND and firmware production is the most beneficial is when transitioning to new technologies. Every time there's a change in NAND (be that a change in manufacturer or lithography), the firmware has to be tweaked due to differences in program/erase times and possibly page/block sizes as well. In case there's a bigger change (like moving from MLC to TLC or from planar NAND to 3D NAND), the silicon itself may have to updated. Compared to a simple firmware update, a new silicon update is always a much longer process and can take several years if we're talking about a bigger overhaul. Of course, a new silicon always needs an updated firmware too.

When all the development happens under the same roof in a vertically integrated company, things tend to be smoother and quicker. All teams can work seamlessly together and there should not be information barriers (at least in theory). If you have to work with a partner (or even worse, multiple partners), a lot of time will be spent on evaluating what details can be shared and with whom. In the end, the likes of LSI, Intel and Micron for instance are all competitors in one market or another and giving too detailed information may give the opponent an unwanted advantage. There is also the tradeoff angle: when developing a product for multiple partners, it is impossible to build a product that would meet everyone's needs and wants.

Samsung's SSDs are a great example of how vertical integration can provide a significant advantage. Over a year later, Samsung is still the only OEM with a TLC NAND based SSD. When you hold the ties of silicon and NAND design and production, you can make whatever you can and want. For example in the case of TLC NAND, the limited supply and hence high pricing has pushed other OEMs away from it. In theory, TLC NAND is 33% cheaper to produce than 2-bit-per-cell MLC but due to the way the markets work, the price delta is smaller because MLC is a much higher volume product. If you are in control of the production like Samsung is, all you care about is the production price, which is where TLC NAND wins. Sure, Samsung isn't the only NAND manufacturer but it is the only one with a consumer orientated controller IP (although SK Hynix owns LAMD now but that deal has yet to materialize in a product). While TLC does not require a special controller, the NAND type has to be taken into account while designing the silicon in order to build an efficient SSD (e.g. ECC needs are higher and endurance is significantly lower).

So why all the talk about Samsung SSD business model and its benefits? Because their latest product is yet another proof of their strengths. Please meet the SSD 840 EVO mSATA. 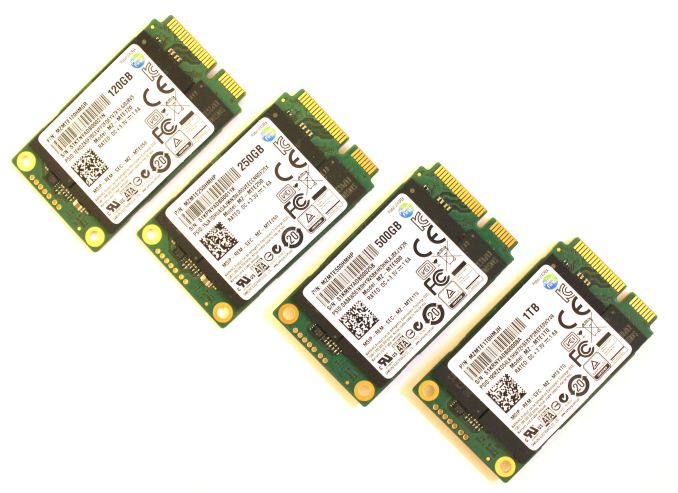 In the past Samsung's mSATA SSDs have been OEM only. I asked why and Samsung told me the small market for retail mSATA SSDs has kept them from entering the retail market. Unlike smaller OEMs, Samsung isn't interested in covering niche markets. Their advantage lies in scalability, which doesn't suit the niche market. Due to the rise of Ultrabooks, mini-ITX systems and other small form factor computers, Samsung saw that the market for retail mSATA SSDs if finally big enough. However, Samsung didn't want to provide just another alternative -- they wanted to offer a product that gives consumers a reason to upgrade.

Hardware and specification wise the EVO mSATA is a match with the 2.5" EVO, which shouldn't surprise anyone since we're dealing with identical hardware. All features including RAPID, TurboWrite and hardware encryption (TCG Opal 2.0 & eDrive) are supported. I won't go into detail about any of these since we've covered them in the past but be sure to check the links for a refresh.

The uniqueness of the EVO mSATA is its capacity. Like its 2.5" sibling, the EVO mSATA is offered in capacities of up to 1TB. Most Ultrabooks and similar systems still ship with only 128GB of internal storage, leaving a good market for bigger aftermarket drives.

To date we've only seen a couple of 480GB mSATA SSDs (Mushkin Atlas and Crucial M500), while most models have been limited to 256GB. The limiting factor has been the physical dimensions of mSATA, which only allow up to four NAND packages. Given that the highest density NAND available to OEMs is currently 64Gb (8GB) per die and up to eight of those dies can be packed into a single package, the maximum capacity with four packages comes in at 256GB (4x8x8GB). Micron is supposed to start shipping their 128Gbit NAND (the one used in the M500) to OEMs during the next few months, which will double the capacity to 512GB, though still only half of what the EVO mSATA offers.

Like the 2.5" EVO, the EVO mSATA uses Samsung's own 19nm 128Gb TLC (3-bit-per-cell) die. We've gone in-depth with TLC a handful of times already and we have also shown that its endurance is fine for consumer usage, so I am not going to touch those points here. However, there is something particular in the EVO mSATA and its NAND that allows a capacity of 1TB in mSATA form factor. Hop on to the next page to find out.

The EVO mSATA will be available this month and exact launch schedule depends on the region. There will only be a bare drive version -- no notebook and desktop update kits like the 2.5" EVO offers.

I wasn't able to find the EVO mSATA on sale anywhere yet, hence the prices in the table are the MSRPs provided by Samsung. For the record, the MSRPs for EVO mSATA are only $10 higher than 2.5" EVO's, so I fully expect the prices to end up being close to what the 2.5" EVO currently retails for.

The NAND: Going Vertical, Not 3D (Yet)
Tweet
PRINT THIS ARTICLE
Comments Locked