LG G3: Launch and Hands On 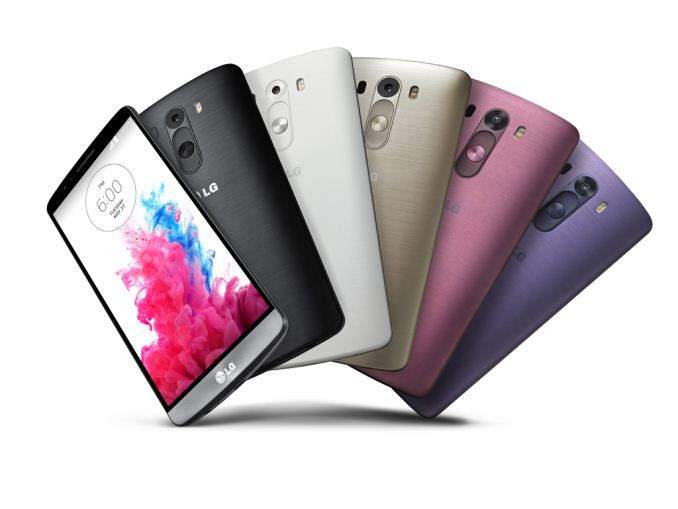 Today LG announced the LG G3, the successor to their 2013 flagship smartphone the LG G2. Like other OEMs, LG is emphasizing that the device is going back to the basics and focusing on the core smartphone experience. With that comes a large focus on improving the design and materials as well as the display, as those are the two aspects of a device that the user is constantly in contact with. That isn't to say that LG has neglected the other aspects of the device. The LG G3 is improved across the board from the LG G2. The G3 is compared to its predecessor in the table below to give an idea of the hardware improvements LG has made.

The G3 ships with Qualcomm's MSM8974ACv3 which is consistent with the flagship phones from other manufacturers. While those who had their hopes raised by rumors of the G3 shipping with Snapdragon 805 may be disappointed, Snapdragon 801 is no slouch with regards to performance. The G3 will ship with two different amounts of RAM depending on the storage capacity the user buys. The 16GB model will ship with 2GB of LPDDR3 RAM while the 32GB model increases that to 3GB. LG made it clear that the software on the device is optimised to run with 2GB of RAM and that users who purchase the 16GB model should not be concerned about potential performance issues due to memory. 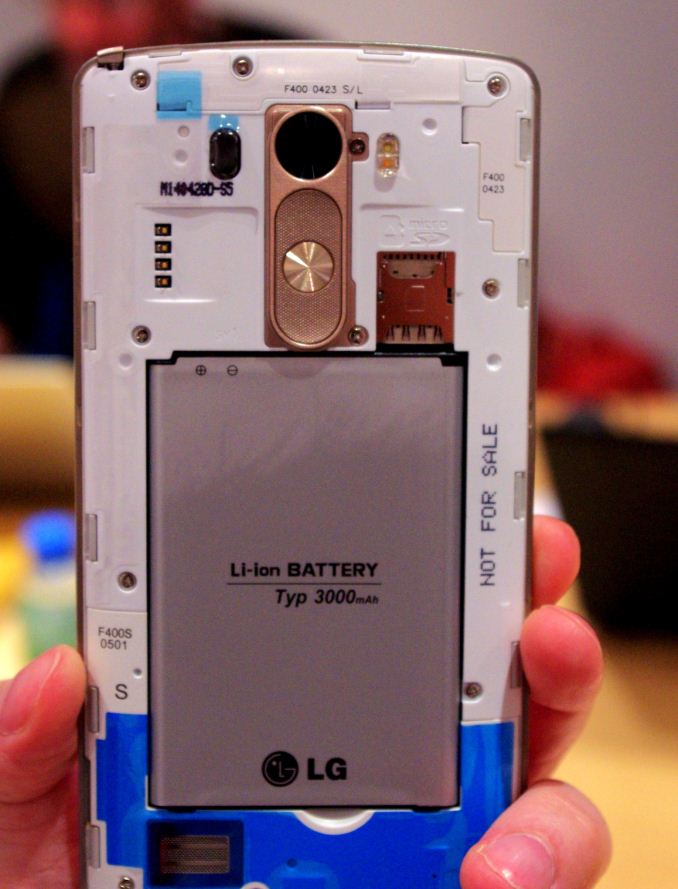 Internally, the battery capacity of the device hasn't changed; we're still dealing with a removable 3000mAh battery (3.8V chemistry). The G3 still single-stream 802.11ac support via Broadcom's BCM4339 WiFi solution. On the modem side, the G3 leverages the 9x25 modem block integrated into the Snapdragon 801 SoC. Carrier aggregation is supported although it's unclear if any more components of Qualcomm's RF360 portfolio made it into the device.

The front of the device is characterized by its display, with a remarkably thin bezel along the sides and at the top and bottom to accommodate the front facing camera. The display is a 5.5" panel with a resolution of 2560x1440. Although LG is not the first company to bring a 2560x1440 device to market, they have put it on a smaller display than any manufacturer before them. Because of this, the LG G3 ties with the LG Isai FL for the highest pixel density of any smartphone at 538ppi. In addition to its massive resolution, LG also claims that the display has 100% sRGB coverage. The front facing camera uses Sony's IMX208 sensor. 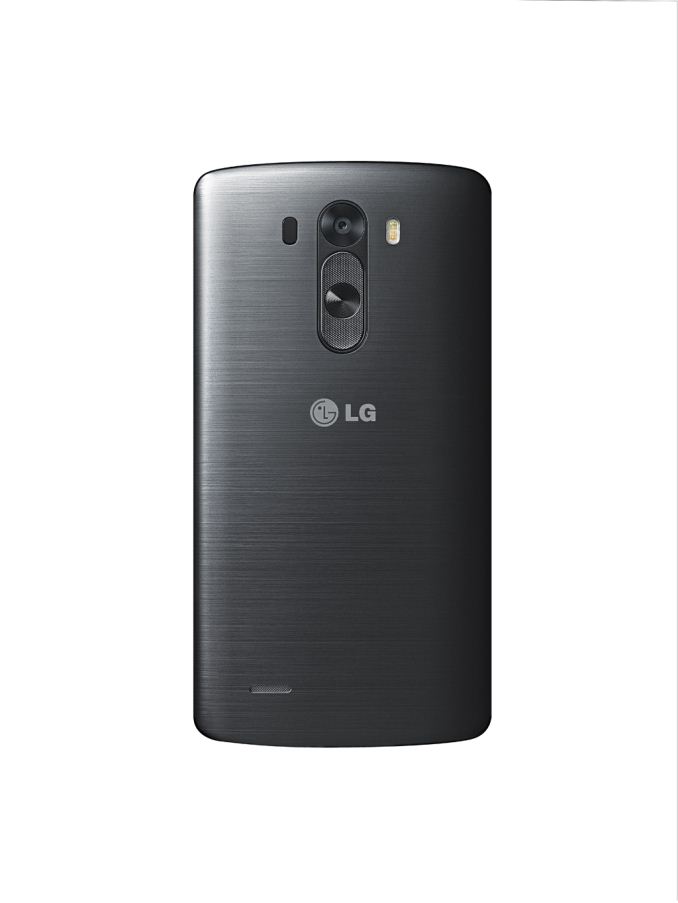 Like on the G2, the back of the G3 is home to both the 13MP back camera as well as the volume and power buttons. The rear camera seems to use the same Sony IMX135 sensor as the G2. On one side of the camera sensor LG has put a dual LED flash similar to that on the iPhone 5s and HTC One M8. On the other side there is an IR window used for the IR laser rangefinder assisted auto focus which LG claims enables a record focus time of 276ms (Update: more info on this here). The camera also has OIS+ which is a combination of both optical and electronic image stabilization methods to reduce camera shake.

As far as the overall build is concerned, the device is housed in a polycarbonate shell with a removable back cover. LG has taken feedback about the glossy back on the G2 to heart and the G3 instead ships with a matte finish plastic back cover coated in what LG is calling a metallic skin to give a look and feel similar to metal while also resisting scratches. 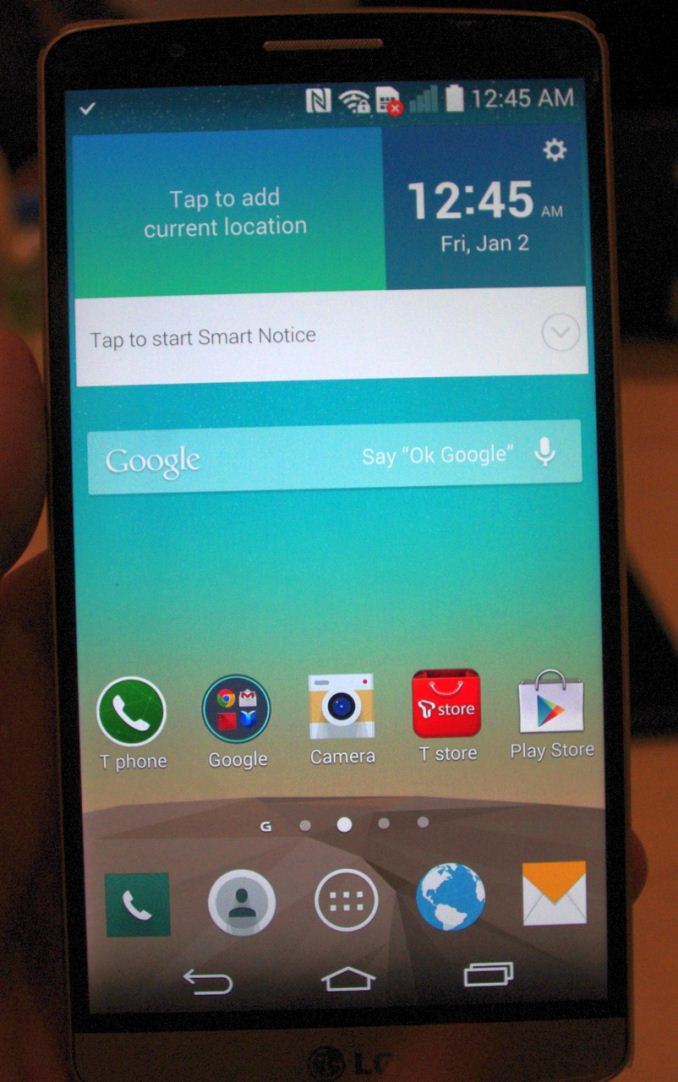 On the software side of things the G3 runs Android 4.4.2 with LG's custom interface atop it. LG is touting their redesigned user interface which includes a simpler font, consistently designed icons based on a circular motif, and "mature color schemes" that give each app a representitive color and avoid overly bright colors.

Some Hands On With the LG G3

After an hour with the LG G3, it is clear that LG wants to raise the bar. The phone feels light, and the curvature in the hand is similar to that from my daily driver, the One max. At just under 150g it does feel light, and all those pixels do make for some good viewing. I am not used to back buttons, having never touched the LG G2 for more than a few seconds, but it does seem a little odd as I am used to turning on a mobile device by looking for a side button. The segments above and below the power button also act as a volume rocker, with the bottom button for talking front facing pictures. At LG’s press event they were keen to stress that the front facing camera is being renamed the ‘Selfie Camera’, with the front sensor using larger pixels to allow better low light performance. To get around the issue of the lack of a flash function in the front facing camera, the new Selfie mode is designed to bring light to low areas: 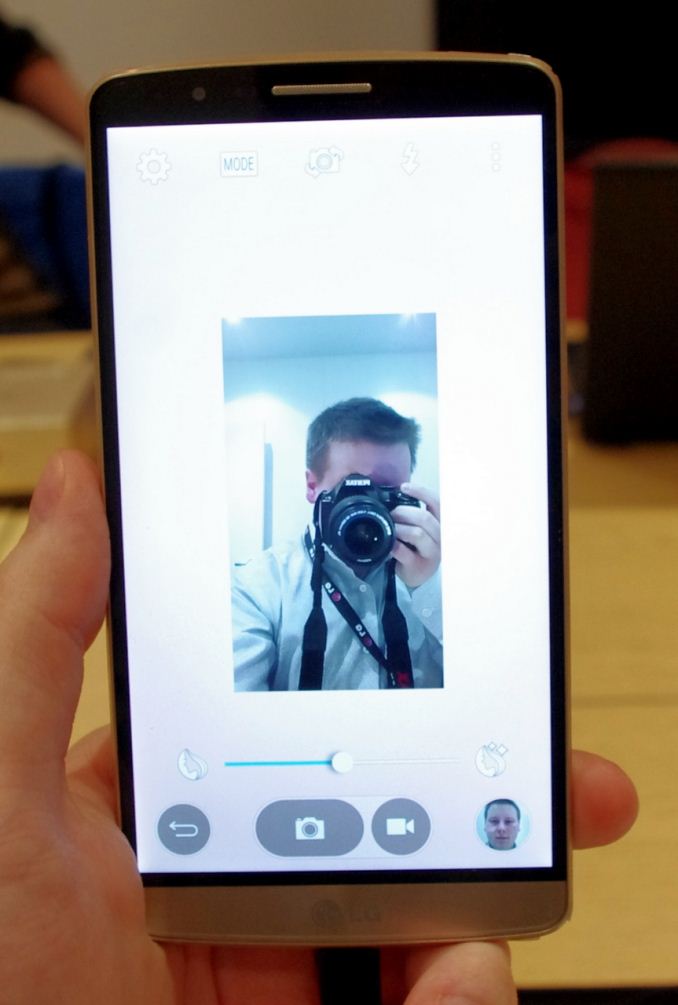 It was interesting to hear that the tone of the screen adjusts to the light level based on an algorithm designed in house.

The keyboard element of the device is my biggest departure from the norm, having used SwiftKey for a good number of years now.  The keyboard buttons feel a little smaller than what I am used to, but having the number buttons there also saves a lot of presses. One of LG’s features is their Smart Keyboard that allows the user to adjust the percentage of the screen the keyboard takes up. The built-in keyboard also uses an adaptive algorithm to expand the reception area of what letter it thinks the user will press next. It does not show this on the keyboard itself, but Dr. Woo from LG was keen to point out that the algorithm adapts to the user’s regular usage scenario.

There was no initial word regarding a Google Play edition, but another couple of features are Smart Bulletin and Smart Notice. Smart Notice will tell the user about apps on the device, or LG promotions on accessories.  Perhaps this might come across as a little like marketing in the long run, I am not sure. The other feature is Smart Notice, a widget that will tell the user information relevant to their activities, such as ‘Call missed, click here to call back’, ‘Free up 320mb by cleaning temporary files’ or ‘Well done, 768 kcal achieved today!’. I did ask regarding dual-SIM availability, and LG stated that it was to be limited to certain markets where it is a strict requirement (such as China).

The rear does have a metallic look to it, and I do like the look. I had the chance to play with the gold and white versions, but LG will also put out a black one to complete the trifecta. When you remove the rear, it is noticably plastic, but LG has said that it is more scratch and fingerprint resistant due to a film used when forming the polycarbonate part. Unfortunately LG strayed away from any IP water and dust certification, statng that the many variables to implement to get that level would have put significant pressure on the price. Regarding Wireless Charging, some regions will have it installed, but others will have to rely on the flip cover which, in all regions, should offer this capability. 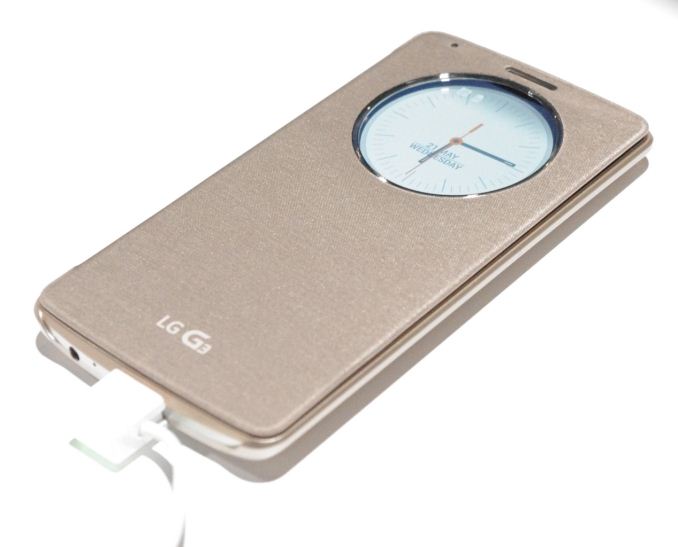 There’s little that can be determined in such a short time with the device, but I find it easier to use in one hand than my 6” phablet but the extra resolution might not be that noticeable except for a few specific operations (or just the general user experience).  The extra ppi will obviously aid those in the pan-Asia regions with language clarity. LG will announce region specific pricing at later dates for both of the main SKUs.