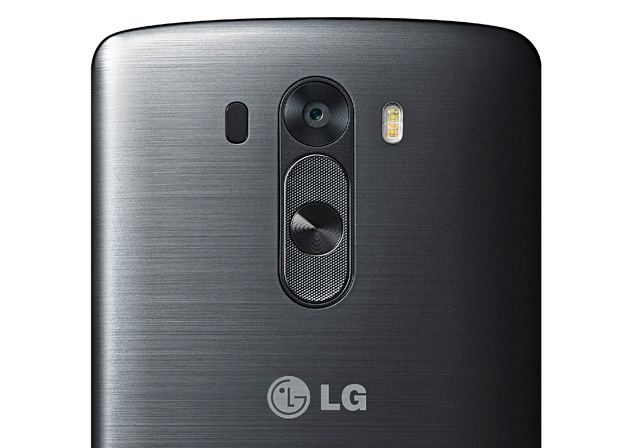 Earlier today LG announced its 2014 flagship: the G3. Based on Qualcomm's Snapdragon 801, the G3 features a 5.5" 2560 x 1440 display and a host of other improvements over last year's G2. Although the front and rear facing cameras don't change in terms of resolution compared to the G2, the imaging system did see some upgrades. Optical Image Stabilization (OIS) is back for the G3, but it now includes stabilizing along the z-axis as well (hence OIS+). The big new feature however is the IR laser rangefinder that aids in improving focus time for the rear camera. LG claims the G3 can grab focus in 276ms. It's clear that the G3's AF system is one of the most interesting that I've seen in smartphone imaging, full stop. While PDAF (Phase Detect Auto Focus) is standard on dSLRs, laser rangefinders are generally rare and from another era.

While some guessed that this system was a method of assisting with auto focus by projecting a grid of lasers that would assist with detecting maximum contrast, LG uses accurate timing of emission vs reflection to determine the distance to a target. Looking at the IR window with an IR sensitive camera, the beam emitted is extremely thin in angle, much more focused than the average laser pointer. This means that the chance of multiple returns is greatly reduced compared to most situations.

LG emphasized the hybrid nature of its system, which explains how the G3 compensates for conditions where the laser auto focus fails. It appears that LG compensates for multiple returns, transparent and reflective surfaces with contrast-based AF detection as needed. LG also stated that the greatest benefit to the laser system is for nearly instant detection of distance to subject for the first two feet, and in cases where contrast detection is used the laser system allows the AF algorithm to automatically skip this distance to speed up focus. LG also says that the greatest benefit is seen in low light. I suspect that in outdoors situations the signal to noise ratio drops significantly. All of these claims will need verification, LG has definitely made a very interesting system for their camera, an interesting trade off between the larger sensor size and PDAF of the GS5 and the OIS+ and laser AF of the G3.

It's not quite clear how the laser AF is implemented in the software though. Based upon some casual inspection there is no clear reference to a laser or IR outside of TV. It is likely that the entire implementation is done through a single camera driver which obscures just how the rangefinder is treated. At any rate, all of this will require further investigation in a full review.