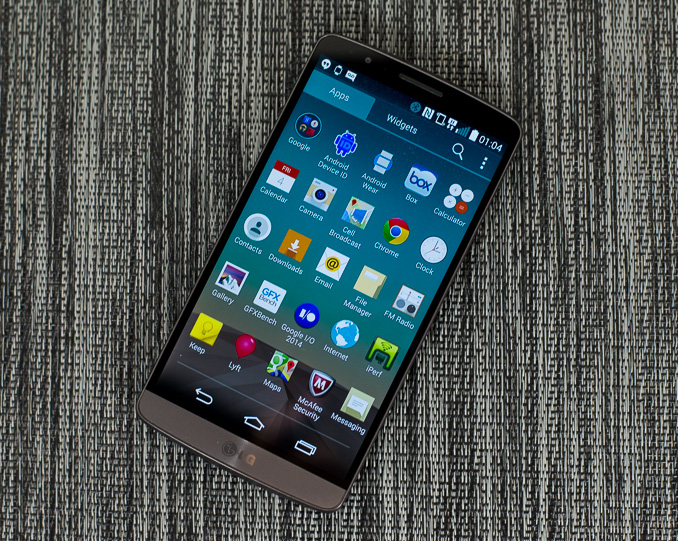 While the enthusiast segment is no stranger to LG smartphones, for the most part LG hasn’t received nearly the amount of attention that Samsung has. At first, it doesn’t make much sense. After all, LG is almost as big as Samsung. Both are chaebols, with enormous resources and power that few other companies have. Starting from the Optimus G, it seems that LG has shipped some of the best hardware in the industry, leveraging all the branches of the company from LG Innotek to LG Display to make a product that was easily equal to or better than the competition at the time.

One of the real issues that LG faced was a credibility gap. After the Optimus 2X and 4X HD, LG simply lacked credibility amongst the enthusiast audience. Without this audience and without the marketing push that other OEMs had, LG phones simply didn’t sell. Fortunately, things have gotten better since those days. The G2 brought significant attention to LG phones, and if anything, LG has been the sleeping giant in the industry. LG’s displays have been some of the best in the industry, and as an Android OEM they’ve consistently executed well on hardware. The immense popularity of the LG-made Nexus 4 and 5, even amongst mainstream consumers is surprising, especially because they were supposed to be developer devices.

This leads us to the LG G3, which is now available in Korea and ready to be sold internationally. LG now faces the difficult task of succeeding the G2, one of the best phones of 2013. To find out whether they’ve made a worthy successor, we start with industrial and material design. When you first pick up the G3, it’s obvious that LG wanted to make a phone with the look and feel of brushed aluminum. To this end, LG has definitely done a good job. Although the polycarbonate back feels much warmer in the hand, the texture is good, and in practice even after extended use I never felt like the phone was grimy. It’s good to see that most of these OEMs are moving away from glossy finishes. The back cover is also removable, which allows for a removable battery and microSD slot. The front of the display is almost unchanged from last year, with extremely small bezels all around to reduce wasted space. The one change to the front of the phone is a band of color around the bottom that matches the color of the back. 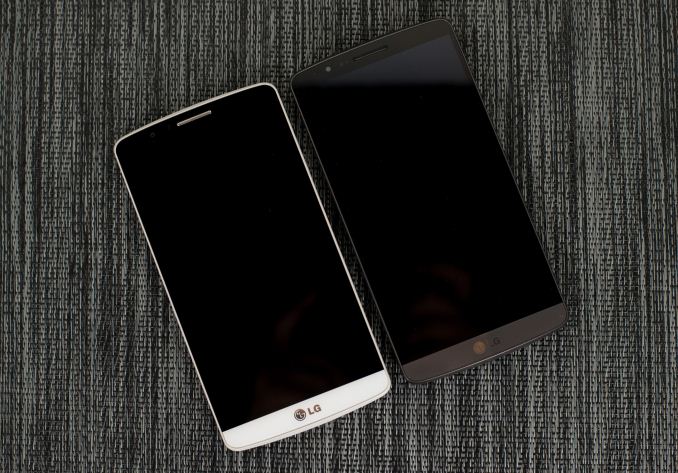 Around the sides, the port layout remains nearly identical. The top has the IR Tx/Rx ports, the bottom has the 3.5mm jack and a microUSB port in the USB 2.0 shape. LG has also added a beveled edge from the display to the sides, which emphasizes the curved nature of the back. On the back of the phone, one can see the camera with the IR rangefinder and LED flash to the sides. The volume and power buttons are directly below the camera. The volume rocker is relatively flat compared to the protruding power button, which also has a noticeably different texture to distinguish the two from each other. The single, 1W speaker is towards the bottom. 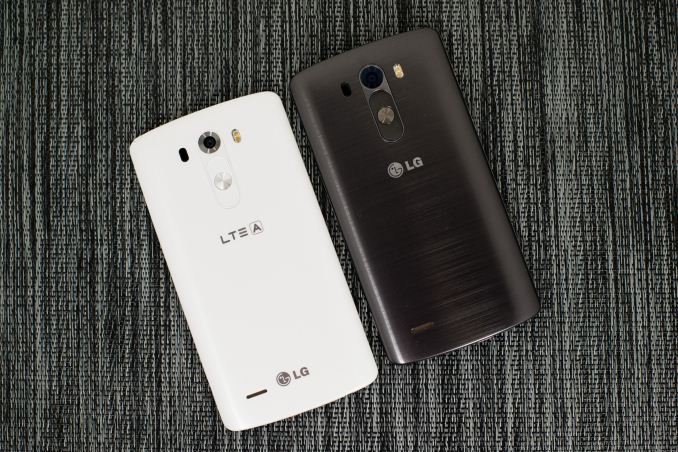 Outside of these basic button and port placements, the hardware itself is high-end. The key differentiation points in this case are the camera system, QHD display, and the high-power speaker. I’ve put the rest of the basic specs in the table below.

While the spec sheet gives an idea of what to expect from the G3’s size, it’s surprisingly small for a 5.5” display size device. Unfortunately, this doesn’t make the G3 easy to use with one hand. While using the One (M8) and Galaxy S5 with one hand is uncomfortable, the G3 is almost impossible to use with one hand. Trying to tap something on the left side of the phone when using it with the right hand is difficult, and trying to reach for something on the top left of the display is almost impossible. While the division between phone and phablet is relatively clear in my mind, the G3 is in the line between both. I don’t object to the phablet formfactor, but this is supposed to be a phone, not a phablet. In addition, because the G3 has such thin bezels, it's very easy to accidentally activate the touch panel unintentionally while trying to stretch for one area of the display. 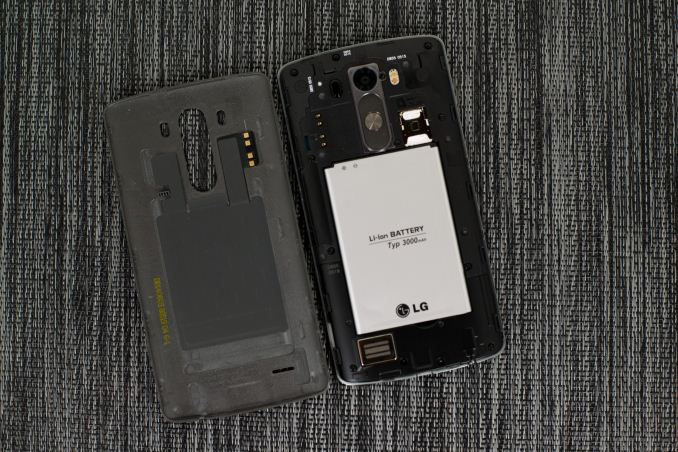 Other than the size, I definitely like what LG has done here. The design of the phone is understated and classy, even if it’s a bit off-putting that LG is trying to make plastic feel like metal. The back buttons are a non-issue, even without KnockOn/Off and KnockCode, and the curved back is great for ergonomics. However, I question the wisdom of moving to a removable battery/back cover in this case, as it means that there’s no stacked battery that we saw in the LG G2 and reduces volumetric efficiency. LG has included a curved battery in the G3, although in practice the curve isn't as aggressive as the one we've seen on the G2.