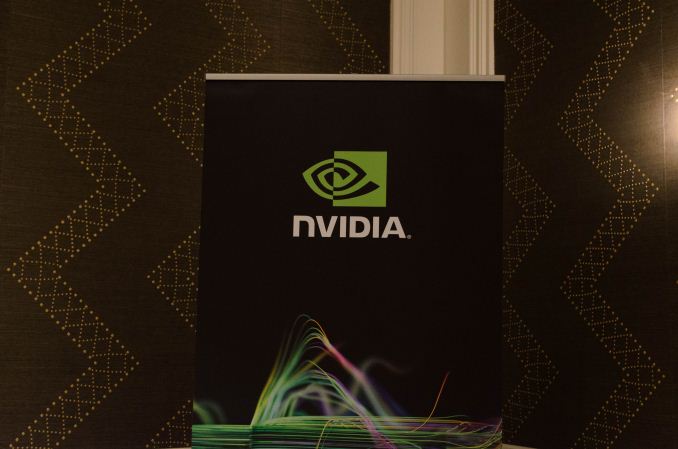 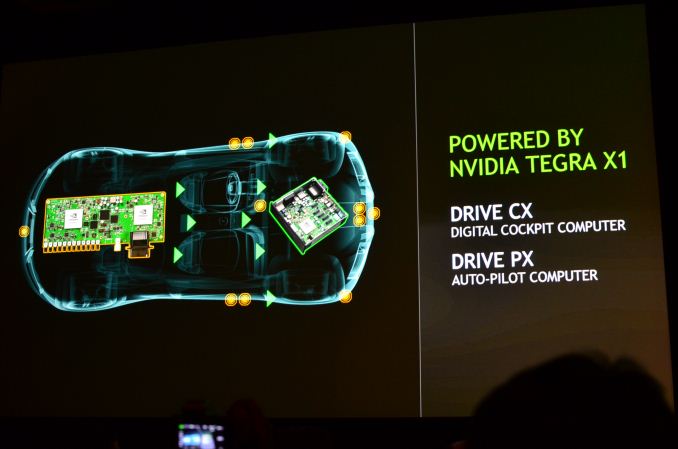 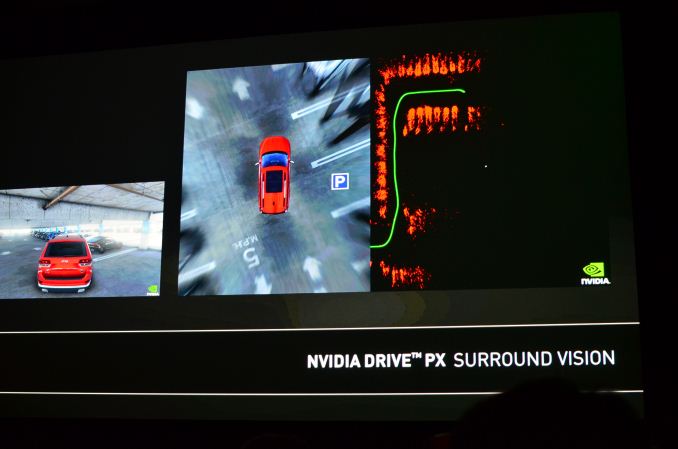 12:34AM EST - This Tegra PX unit has never been trained against the NV parking garage. It did all of this on the first shot

12:30AM EST - Using the camera data to model the environment and then do path finding in it 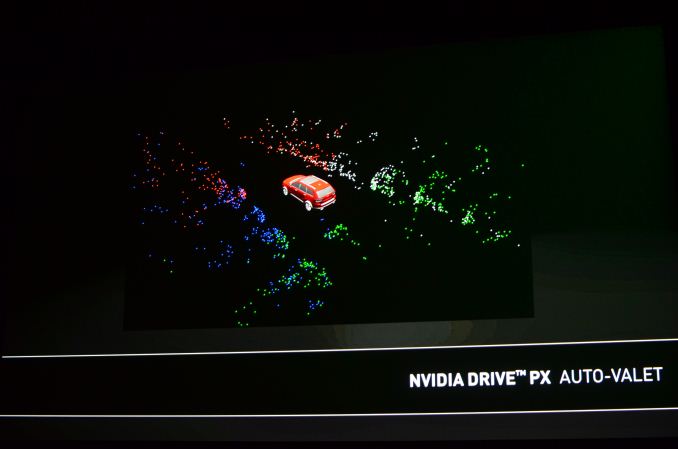 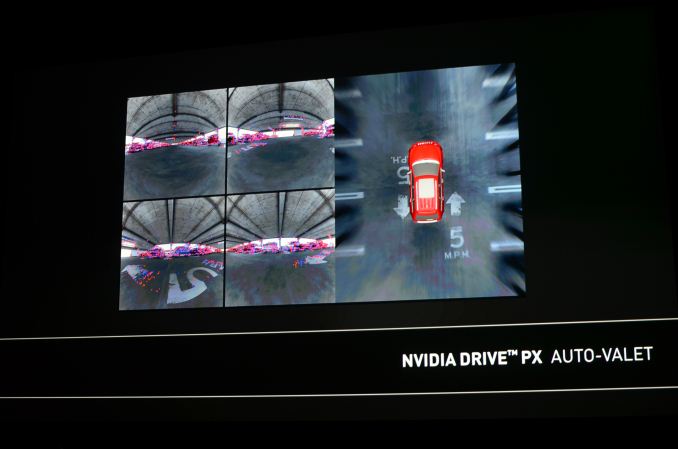 12:28AM EST - Running Drive PX against the simulation 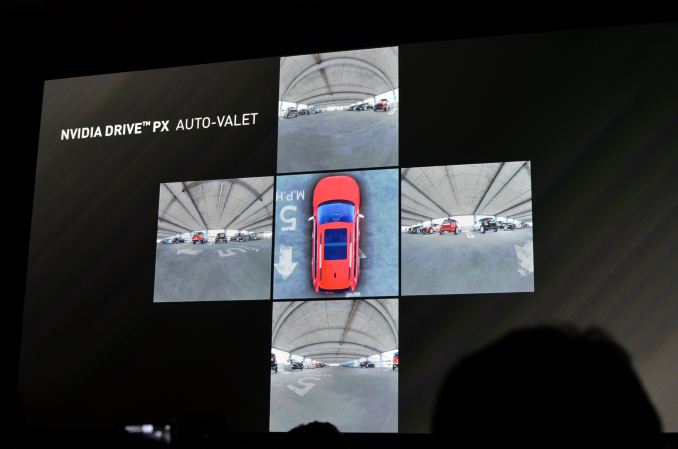 12:24AM EST - NVIDIA created a simulation of their parking garage 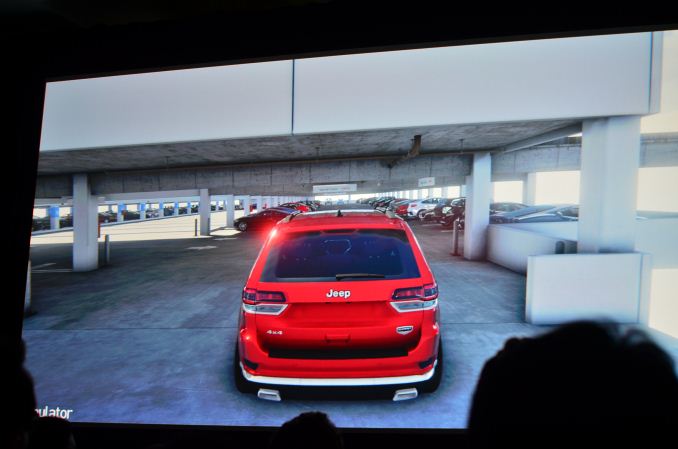 12:22AM EST - And NVIDIA wants to supply the hardware and parts of the osftware

12:19AM EST - Audi now going on a multi-state tour with their self-driving car

12:16AM EST - Audi Prologue: Audi wants to go all digital in the cockpit 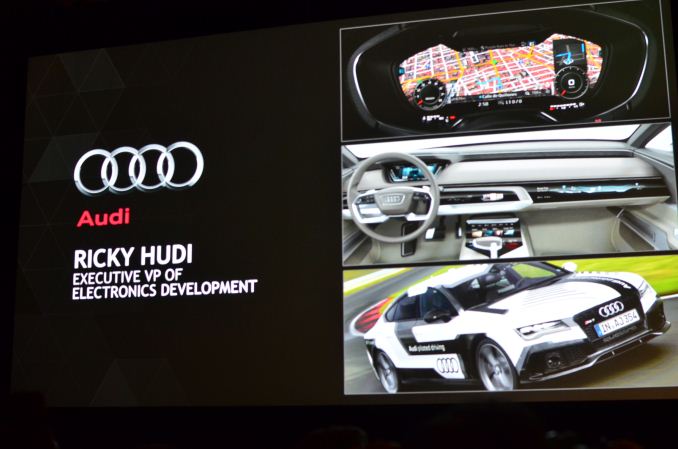 12:13AM EST - Discussing Audi's pioneering use of Tegra in their cars 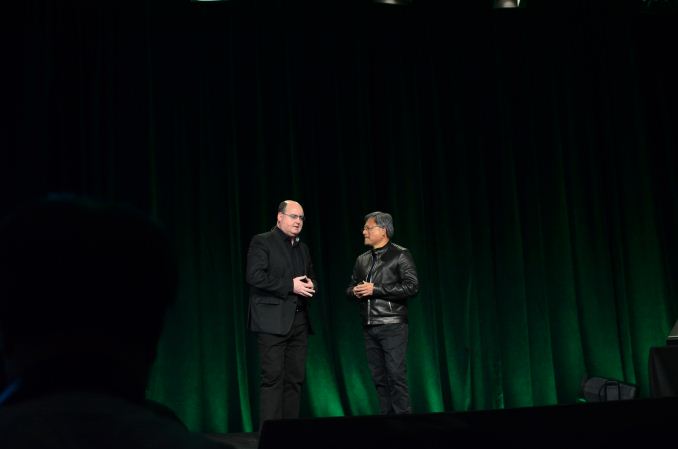 12:10AM EST - Audi is a repeat partner of NVIDIA. Have been at previous NVIDIA events 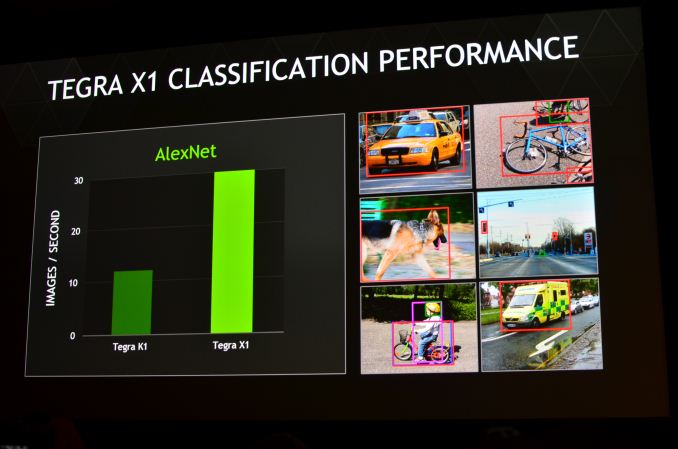 12:07AM EST - Closing the circle: send classification results back to the supercomputer to correct improperly identified objects 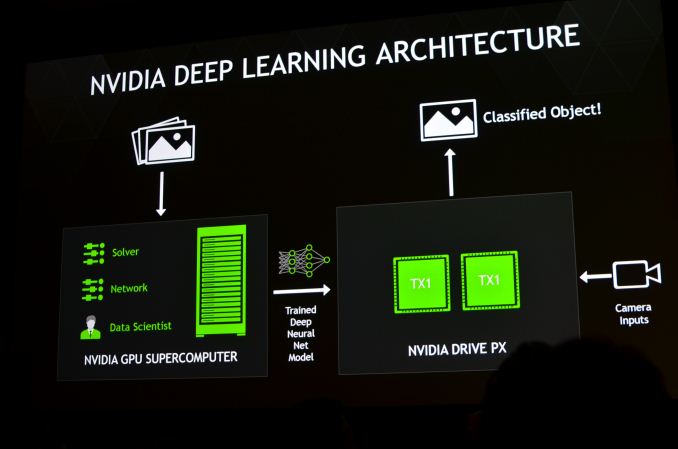 12:06AM EST - Drive PX receives the finished neural net and uses it for classification

12:05AM EST - Training is GPU-time intensive, so it occurs on Tesla supercoputers 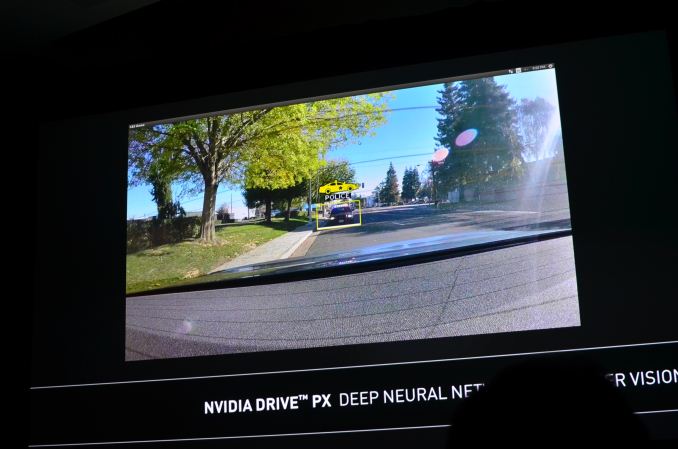 12:02AM EST - Cameras at least properly identified the police car behind them 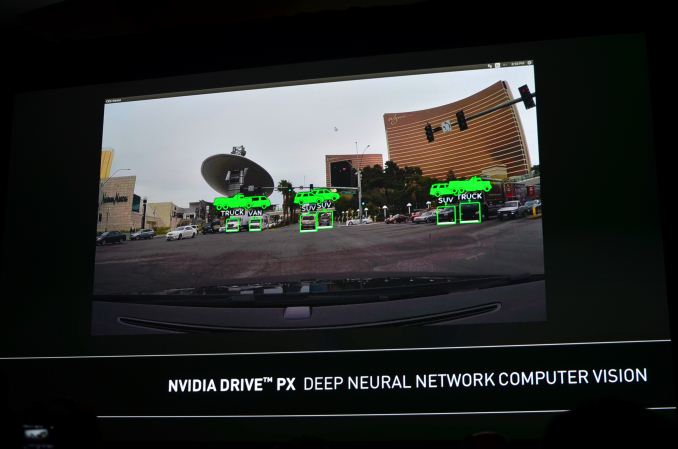 12:02AM EST - NVIDIA car got pulled over by the police 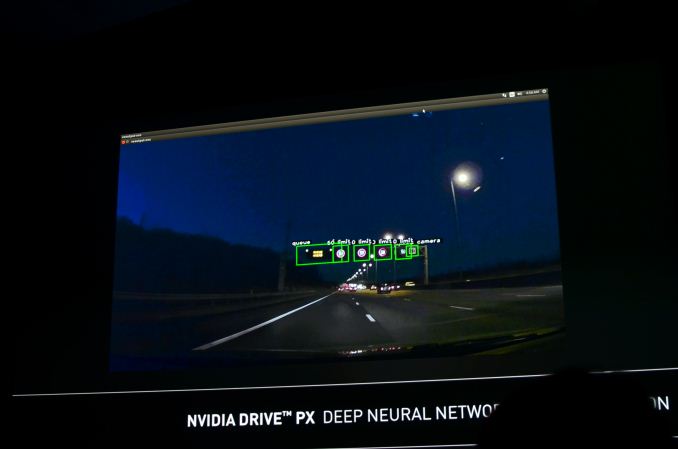 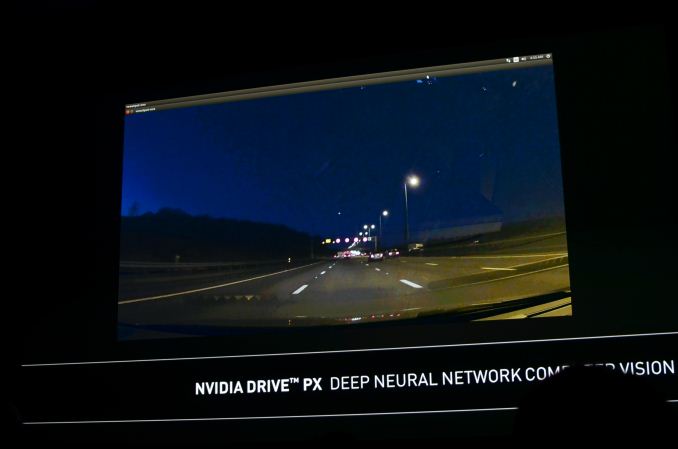 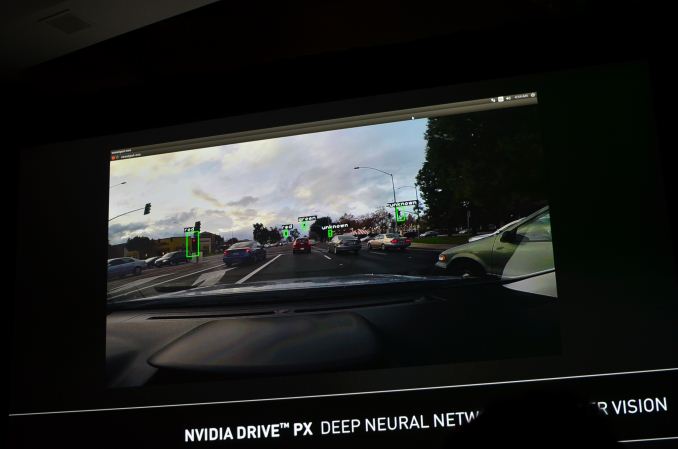 11:55PM EST - Processing is in monochrome, though the video is color for human benefit 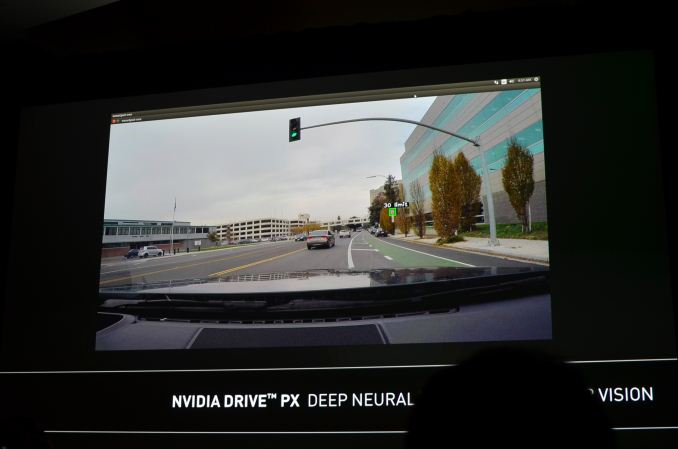 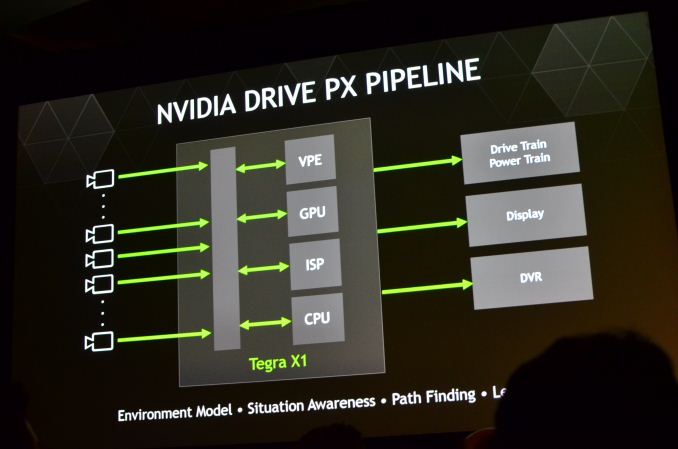 11:51PM EST - Neural networks in a nutshell: throw a ton of data at a network and let it figure out how to organize it to recognize it in the future

11:51PM EST - Now showing a demo of how a recently trained Drive PX sees the world

11:45PM EST - Neural network tech is still fairly new, but its getting better 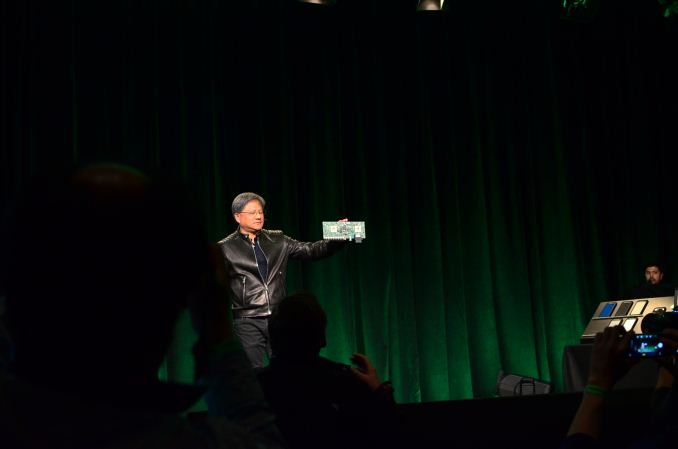 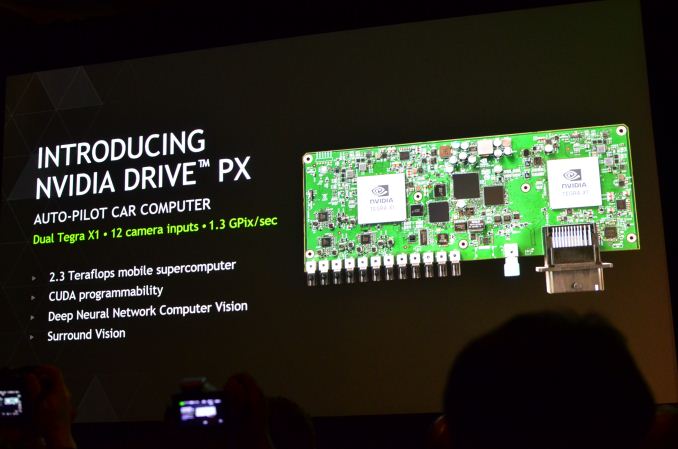 11:42PM EST - Now a brief overview of how neural networks work and how they can be trained on GPUs and then executed on GPUs

11:41PM EST - Neural networks and computer vision tend to be good fits for GPUs, so for NVIDIA this is a logical use for their GPU technology

11:40PM EST - Use camera data + Drive PX plus software based on deep neural nets to begin understanding the world and build an internal model of it 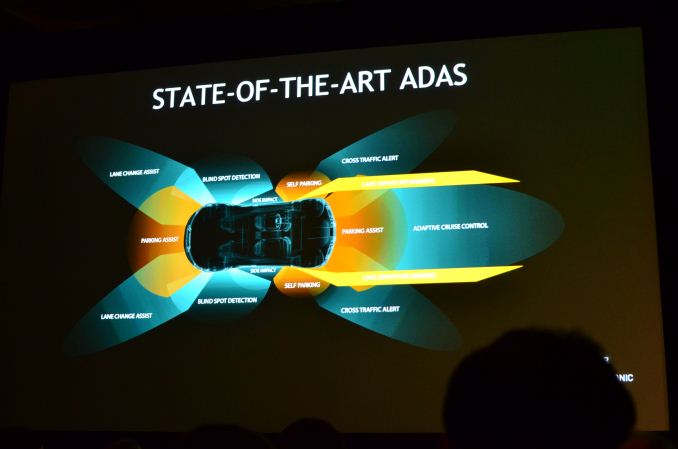 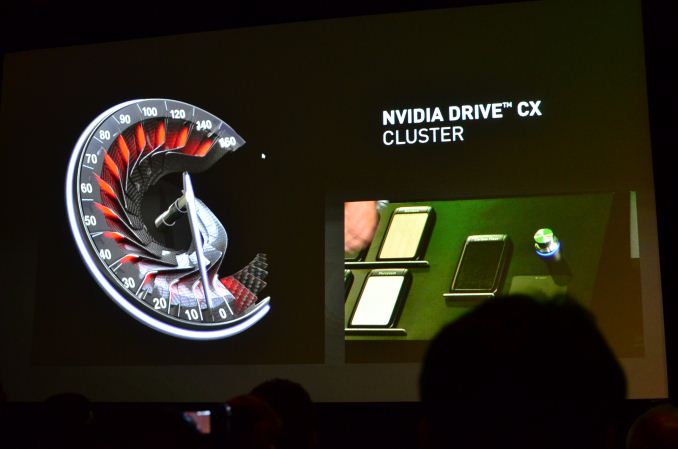 11:36PM EST - Self piloting cars? NVIDIA wants to build the in-car computer to enable that

11:34PM EST - Now how to replace radar and ultrasound with vision cameras (in some circumstances) 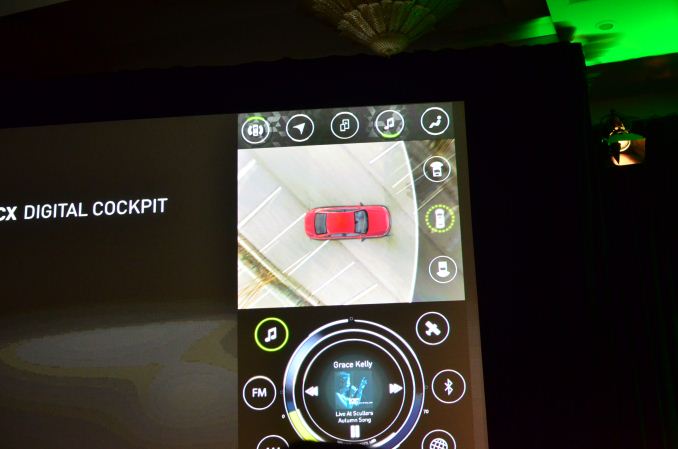 11:28PM EST - Change the simulated material used for you gauges on the fly

11:28PM EST - More on physically based rendering and how important NVIDIA feels it is 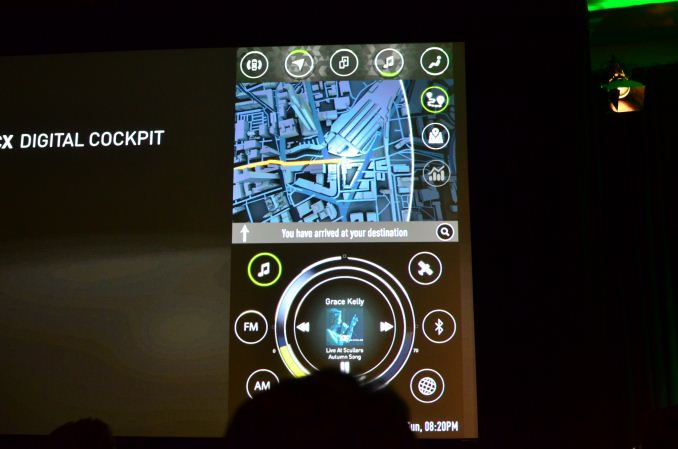 11:24PM EST - Running physically based rendering on the cockpit, just to show that they can 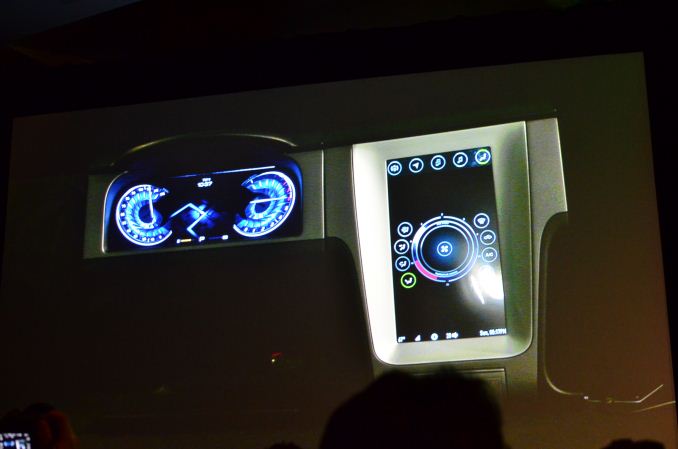 11:23PM EST - Android-powered, so it can be used with Google Maps and other Android apps

11:19PM EST - Drive Studio is meant to be a complete off-the-shelf digital cockpit solution. NVIDIA is including almost everything one would need 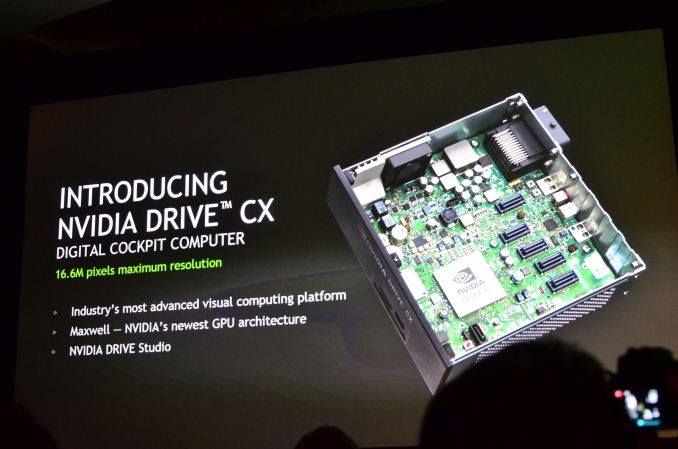 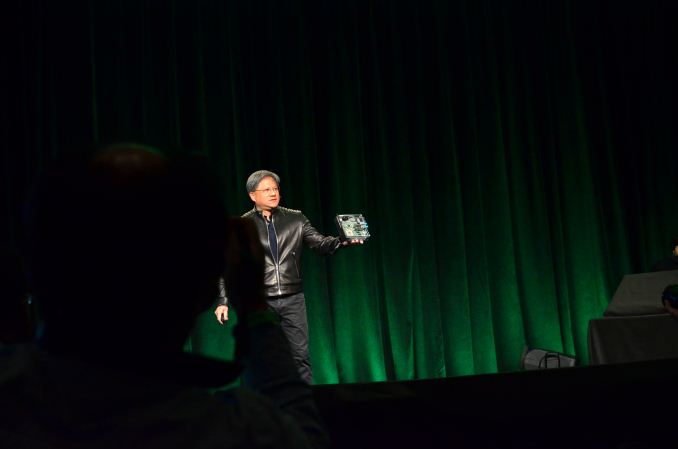 11:17PM EST - There are issues with connection on site, images are slow to upload.

11:14PM EST - Talking about how "rich displays" in cars mean more displays at a higher resolution; need more powerful GPUs to run it

11:13PM EST - NVIDIA's Tegra automotice business has been a small success amid the greater challenges that hvae faced Tegra

11:12PM EST - NVIDIA is proclaiming it a 1 TFLOPS GPU, though this is at FP16 as opposed to the more normal FP32 metric for TFLOPS 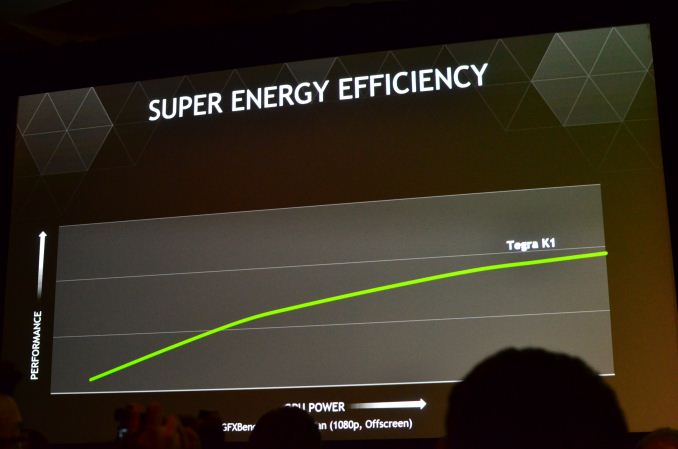 11:10PM EST - Clearly not as high quality as the desktop GPU demos, but it still looks impressive

11:09PM EST - This of course already ran on Maxwell desktop GPUs, so it looks like NVIDIA has ported the necessary bits to ARM

11:07PM EST - Maxwell's energy efficiency means that NVIDIA can alleviate some of that unavoidable TDP throttling

11:05PM EST - GPU-heavy introduction. The focus is all on the GPU

11:05PM EST - This should be Erista, first added to the NV roadmap at GTC 2014: http://www.anandtech.com/show/7905/nvidia-announces-jetson-tk1-dev-board-adds-erista-to-tegra-roadmap

11:02PM EST - Starting with a recap of past achievements; Tegra K1, Maxwell, etc