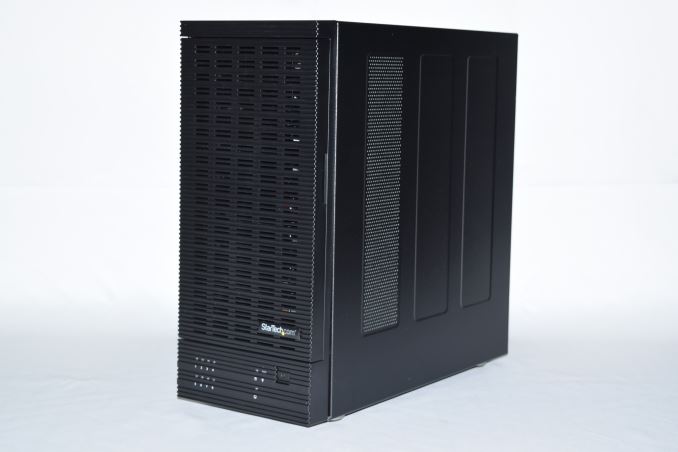 Direct Attached Storage (DAS) units have been the go-to devices for consumers looking to store large amounts of data, though they are being slowly replaced by Network Attached Storage (NAS) units in certain scenarios. The advent of high-speed interfaces such as USB 3.x and Thunderbolt have enabled a new generation of DAS units that enable the host system to access the member disks without any bottlenecks. The last time we looked at a multi-bay external enclosure was in our review of the Mediasonic Probox. A couple of years have passed since we checked out the JMicron JMB321 port-multiplier coupled with a JSM 539 SATA to USB 3.0 bridge. These JMicron parts have been discontinued and new parts have been introduced for economical multi-bay direct-attached storage enclosures.

StarTech.com specializes in gadgets performing niche, yet handy functions. We have reviewed a few of their products such as the USB 3.0 to SATA IDE HDD docking station and portable SATA duplicator before. Technology-wise, there are plenty of similar options in the market. StarTech.com hopes to differentiate itself by acting as a one-stop shop for all these miscellaneous needs. Since the beginning of the year, StarTech.com has launched two interesting products in the DAS (direct-attached storage) space. On the high-end side, we have the S354SMTB2R, a 4-bay Thunderbolt 2 enclosure with a price point just south of $700. Two USB 3.0 / eSATA enclosures have also been introduced around the $300 and $400 price points. The $315 S355BU33ERM 5-bay enclosure and the $392 S358BU33ERM 8-bay enclosure support both 3.5" and 2.5" drives. Hot-swapping is also supported.

Similar to the Mediasonic Probox, they come with both eSATA and USB 3.0 host connections. UASP is now supported, thanks to the usage of the JMicron JMB575M SATA port multiplier / selector and JMS567 SATA to USB 3.0 bridge controller. The 5-bay unit comes with a 80 mm cooling fan, while the 8-bay unit has a 120 mm cooling fan. These are JBOD enclosures (no hardware RAID).

The S358BU33ERM comes in a large white box with the UASP support prominently highlighted. In addition to the main unit (pictured at the top), the package also contains the following: 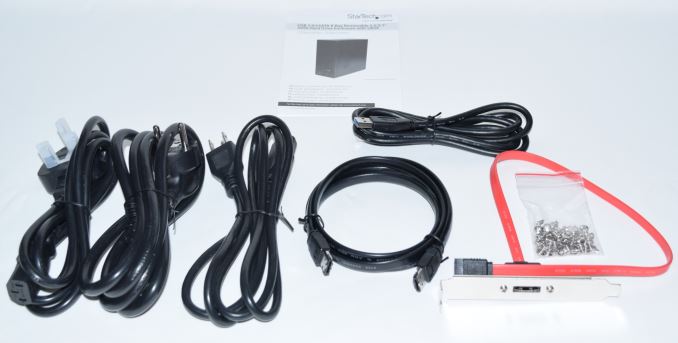 In addition, the main unit has the drive trays pre-installed. The gallery below takes us around the unit.

Gallery: In & Around the StarTech.com 8-bay Hard Drive Enclosure

The placement of the two ports is ideal (unlike the recessed ones in the Mediasonic Probox). The drive trays are also much better than the Probox. The aspect I liked most about the chassis was that the drive trays could easily slot in, thanks to the guiding notches on either side. However, unlike the Probox, the StarTech.com unit has only one fan. The 300W power supply is built into the unit.

Coming back to the core platform, we have the JMB575M SATA port multiplier. Its block diagram is provided below. Note that two of these port multipliers are used in the DAS in a cascaded manner (each part can be configured in a 5-to-1 connection at the maximum). 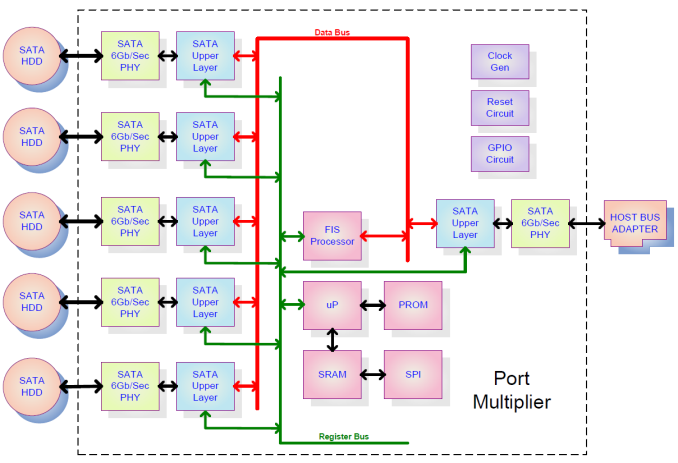 The SATA III to USB 3.0 bridge chip (JMS567) also taps into the SATA connection just prior to the eSATA interface in the board. 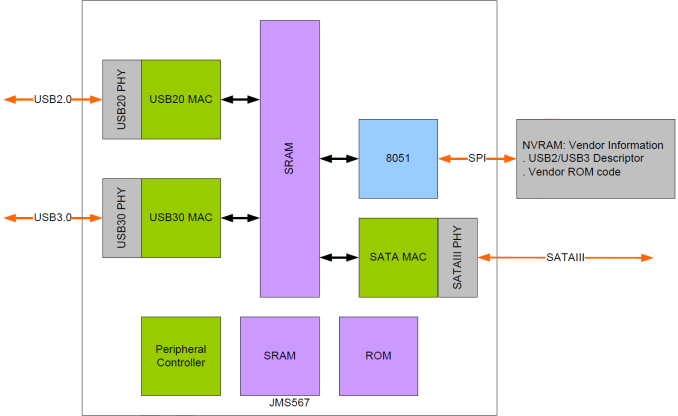 In the rest of the review, we will first cover the testbed setup and evaluation methodology, followed by a look at the benchmarks in eSATA as well as USB 3.0 mode.